A day after landing a top recruit from the backyard of Virginia Tech, Auburn lost a recruit from its own stomping grounds.

Diabate visited Florida nearly a month ago before eventually announcing his decision Wednesday in a YouTube video that he also posted to Twitter.

The 6-foot-3, 215-pound athlete is of Malian descent and specifically called out his roots in his announcement video, calling the African country his, “true home.”

When it came to his decision, he laid out his reasons for leaving home to AL.com, which also produced his commitment video:

“It’s such a well-rounded school,” Diabate told AL.com. “I feel like a lot of SEC schools are just about football. I think at Florida, you can compete academically and athletically. I feel like coach (Dan) Mullen will get the team back where it needs to be and put me and my teammates in position to win.

“I feel great. I’m real confident in this decision, and I’m ready to get to work. I’ve known for a long time that Florida had a chance to be my home. After this last visit, there was really no point in dragging it out.”

Diabate is a reigning All-State selection and one of his state’s most dynamic recruits. His coach was quick to sing the linebacker’s praises.

“He’s the most dynamic pass rusher that I’ve ever coached,” Auburn High head coach Adam Winegarden told the Opelika-Auburn News of Diabate. “He’s lightning off the edge, and then he can also play off the ball. He’s great laterally, and he’s a very smart football player. He understands space really, really well and how to redirect.

“The best ballplayers are the guys that really understand space and how to cut down angles, and see things very quickly. Not only does (Diabate) have that IQ level, but he also has tremendous ability with that. I think there’s a lot of things that people can do with him; he could be a pass rush specialist, an inside linebacker that can play two downs off the ball and third down on the ball, he could just be an outside player off the edge that walks down or walk off.” 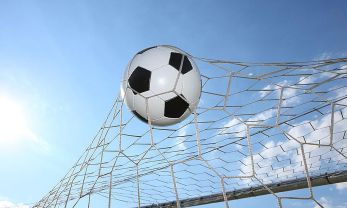 https://usatodayhss.com/2018/four-star-lb-mohamoud-diabate-from-auburn-commits-to-florida
Four-star LB Mohamoud Diabate, from Auburn, commits to Florida
I found this story on USA TODAY High School Sports and wanted to share it with you: %link% For more high school stories, stats and videos, visit http://usatodayhss.com.