Who plays the better basketball, Illinois or Kentucky? Chicago or Cincinnati?

Two teams from the Midwest traveled more than 1,000 miles to find out. And on Sunday at Golden Gate High School, it was the team from the Windy City that prevailed.

Loyola Academy, from the Chicago suburb of Wilmette, used a stifling defense and timely 3-pointers to beat Park Hills (Ky.)-Covington Catholic, 48-28, in the championship game of the Kelleher Firm Gulfshore Holiday Hoopfest.

Loyola made its first trip to Naples in 2016. Since then, the Ramblers have never lost in Southwest Florida, winning 12 straight games and three consecutive Hoopfest championships.

“Everything is great,” Ramblers 6-foot-8 junior Bennett Kwiecinski said of Naples. “The atmosphere, the weather. It’s a lot of fun to come down here with the team and win.”

Covington Catholic, which won Kentucky’s single-class state tournament last year but is located just across the Ohio River from Cincinnati, Ohio, was making its first appearance in Naples. The Colonels went toe-to-toe with two-time defending Hoopfest champ Loyola, but they couldn’t find their offense in the second half.

Covington Catholic took a 13-12 lead with 5:10 left in the second quarter. The team from the Bluegrass State managed just 15 points the rest of the game, a span of more than 21 minutes.

Loyola closed the first half on an 8-1 run to lead by six at the break. The Ramblers were up nine to start the fourth, then really clamped down on defense.

The Colonels managed just five points in the final period and were scoreless the first 4 minutes of the fourth.

“All the credit is due to our coaches,” Loyola senior Quinn Pemberton said. “They gave us a game plan and we just really stuck to it. We were able to pull away by taking advantage of some matchups and adjustments.”

Pemberton scored seven points and was named the tournament’s Most Valuable Player for his all-around performance in four games over four days at Golden Gate. Kwiecinski scored 13 points, including 11 of his team’s first 18, and was named to the all-tournament second team.

Connor Barrett, a 6-4 senior, scored a game-high 17 points for the Ramblers and made the all-tournament first team.

Loyola won its final three games at the Hoopfest without one of its leading scorers. Jordan Kwiecinski, the 6-8 twin brother of Bennett, injured his ankle in the first game of the tournament and missed the final three.

Jordan Kwiecinski dressed for Sunday’s championship game, but the Ramblers didn’t need him thanks mostly to their aggressive defense.

“We put so much time into (our defense) in practice,” Bennett Kwiecinski said. “Everyone buys in to what they have to do. We take charges, we follow all our defensive principles, and everyone is locked in. When it’s good, it’s really good.”

Neil Green, a 6-6 junior, was Covington Catholic’s only scorer in double figures with 10 points. Junior guard Grant Disken scored six and made the all-tournament first team for the Colonels.

“My guys are beat,” Donahue said.

The Seahawks didn’t leave Golden Gate’s gym until after 11 p.m. Saturday. They were back just 12 hours later for their fourth game in four days. However, Community School showed no signs of sluggishness on Sunday.

“We were sore a little bit,” senior Parker Weiss said, “but it’s basketball — it’s always fun to play. We just went out there and did what we do best — win.”

Community School never trailed, but it wasn’t an easy win. Deerfield Beach, a Class 9A program that went to the regional championship game last season, got within four points at the start of the third quarter and stuck around the rest of the way.

Weiss led the Seahawks with 17 points and made the all-tournament first team. He made 7 of 10 free throws in the fourth quarter as the team hit 9 of its 13 foul shots to maintain its lead.

“We’re used to grinding in the summer, playing a lot of games every day,” Community School senior Jacob Siegel said of the quick turnaround between Saturday and Sunday. “We just dug deep and got the win.” 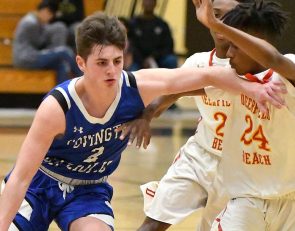 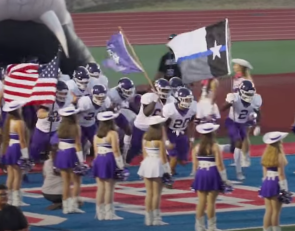