When the Marjory Stoneman Douglas boys basketball players started the season, it had been more than nine months since a gunman walked into their high school and murdered 17 of classmates and teachers.

While the school and the Parkland community are trying to move past the tragedy, they don’t want to forget the victims. That’s why, although Stoneman Douglas (Parkland, Fl.) coach Orlando McCorvey has been asked about the events of Feb. 14 many times, he doesn’t shy away from talking about it.

Reliving the painful memories is a sort of catharsis. So is basketball.

“For me, (talking about the tragedy) has helped me kind of get over it the more I talk about it,” McCorvey said. “Initially, if you’d asked me a month after, I’d have been a mess. Every time I’ve had the opportunity to talk about it and share my experience, it’s helped heal that open wound.”

Stoneman Douglas is in Naples this week playing in the Kelleher Firm Gulfshore Holiday Hoopfest at Golden Gate High School. Even though the national media left Parkland long ago, the players still are healing, and basketball helps.

When a former student opened fire in the school on Feb. 14, killing 17 and wounding 17 more, it was one day after the boys basketball season ended with a loss in the district tournament. The 2017-18 season tipped off Nov. 19, and the players couldn’t wait to get back.

“It means a lot,” senior Robert Lamour said of returning to the court. “I was really eager (to play) after the tragedy. The first things that came to mind (after the shooting) was coming back and being back on the court with my brothers.

The Eagles have channeled their pain into their playing, and they know basketball can help not only themselves but the entire Parkland community.

“Every day we use (the tragedy) as motivation,” senior Matt Fisher said. “There’s so much more we’re playing for than us. It’s something much bigger than that. Every game we come out knowing we’re playing for the name on the front of our jerseys, Stoneman Douglas, which means so much to us and the community around us.”

Read the rest of the story at Naples Daily News. 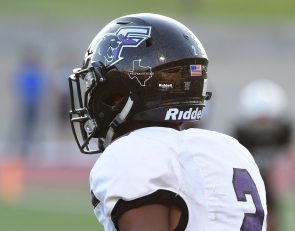 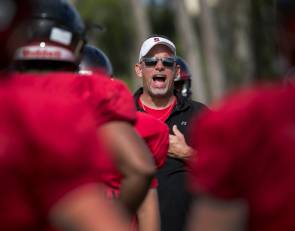 https://usatodayhss.com/2018/holiday-hoopfest-stoneman-douglas-playing-with-big-hearts-after-parkland-school-shooting
Holiday Hoopfest: Stoneman Douglas playing with big hearts after school shooting
I found this story on USA TODAY High School Sports and wanted to share it with you: %link% For more high school stories, stats and videos, visit http://usatodayhss.com.