Jimbo Fisher's son is off to 1-0 start back in Florida, where, 'Here, I'm just Trey'

Jimbo Fisher's son is off to 1-0 start back in Florida, where, 'Here, I'm just Trey'

If there was ever any question that everything football is a little more intense in the state of Texas, just consider the case of Trey Fisher.

The son of former Florida State turned Texas A&M coach Jimbo Fisher spent the spring at A&M Consolidated in College Station, Texas, after his father left Florida State to become the head coach of the Aggies. Everything was playing out the way the family had planned, with Trey Fisher, a high school sophomore and budding quarterback, complimenting the A&M Consolidated staff and aiming to serve as the starting quarterback come fall.

Then, sometime over the summer, everything changed. Rather than welcoming his brother and mother to Texas, Trey Fisher instead decided he was better suited for life and football in Florida.

That’s what set the stage for Tallahassee Godby’s 2018 season. After playing his first two seasons at North Florida Christian School, Fisher is now the starting quarterback at Godby, which captured its season opener in part due to Fisher’s performance under center.

While Fisher was held back from airing out the ball in Godby’s latest victory, that doesn’t mean he isn’t effective; Godby’s running attack bulldozed Chiles in the second half of a 45-24 victory, making it unnecessary to throw the football.

And when it came to the reasons why Fisher had moved back to Florida rather than ride out the season in Texas, his reason was both simple and straightforward, as he previously told our partners at the Tallahassee Democrat:

“He thought it would be a good opportunity, and I told him I’d try, but if I didn’t like it I would come back,” Trey said. “And that’s what I did. He said he just wanted me to be happy and whatever I did he was fine with it.”

“What was different in Texas for me was they’d say, ‘Oh, that’s Jimbo’s son,’” Trey said. “But here, I’m Trey because I’ve grown up here for so long and everyone knows me. They know me on a personal level, more than he’s my dad.

If you couldn’t already tell that Trey Fisher is committed to being his own man, and not just his father’s son, now you know. The younger Fisher actively avoids the spotlight, hoping to fit in rather than stand out.

So far, so good. Fisher and his father still have a relationship, it’s just now engaged across opposite ends of a Hudl account, not a dining room table. And Godby is out to a 1-0 start, with Fisher still playing in front of his mother and brother.

Now, if Texas A&M can capture a victory in Fisher’s debut on Saturday, all in the family’s universe will truly be aligned.

In fact, the younger Fisher is already diffusing potential celebrity pressure from a future matchup against Florida High, the team of Willie Taggart Jr., the son of the man who replaced Trey’s father at Florida State.

“He said we’d never let ‘Trey vs. Taggart’ make an impact on us,” Trey said. “It doesn’t bother us.

“We both understand the way everything works enough that there will always be somebody saying something negative. But we don’t even worry about it.” 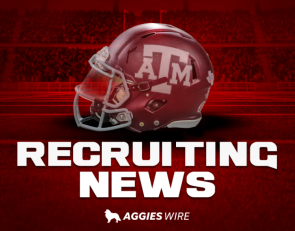 https://usatodayhss.com/2018/jimbo-fishers-son-is-off-to-1-0-start-back-in-florida-where-here-im-just-trey
Jimbo Fisher's son is off to 1-0 start back in Florida, where, 'Here, I'm just Trey'
I found this story on USA TODAY High School Sports and wanted to share it with you: %link% For more high school stories, stats and videos, visit http://usatodayhss.com.