Louisville HS football star will announce his college decision Thursday, but his mind's already made up

Louisville HS football star will announce his college decision Thursday, but his mind's already made up

It’s the big week for a big football recruit in Louisville.

Actually, Ballard High School linebacker Jared Casey has already chosen his college. He’s about to let everyone else in on the secret, but there won’t be a dramatic announcement, a prepared video or even the typical hat ceremony.

“I’m not going to do any of the extra stuff. I’m just going to announce on Twitter,” Casey said. “… Some people like to do it, but that’s just not me.”

A four-star recruit and the state’s No. 7 prospect in the 2019 class (according to 247Sports.com’s composite rankings), Casey has selected Thursday to announce his choice from between four finalists in his recruitment: Kentucky, Louisville, Oregon and Wisconsin.

The decision has already been made, however.

Casey said Monday night that he committed to his chosen school earlier that day.

“I’ve made up my mind. The school knows,” Casey said. “Only me and the school knows that I’m committed to them. But I’m going to announce it on Thursday. … I just wanted to get this all over with and get locked in with a school in case anything happens.”

Read the rest of the story in the Louisville Courier-Journal 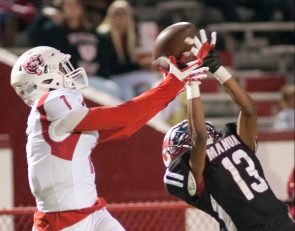 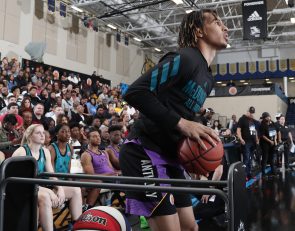 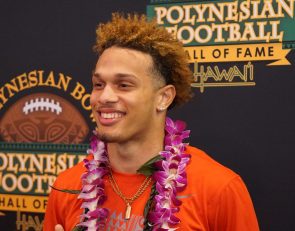 Noa Pola-Gates' mind is made up, plans to announce at Polynesian Bowl

https://usatodayhss.com/2018/louisville-hs-football-star-will-announce-his-college-decision-thursday-but-his-minds-already-made-up
Louisville HS football star will announce his college decision Thursday, but his mind's already made up
I found this story on USA TODAY High School Sports and wanted to share it with you: %link% For more high school stories, stats and videos, visit http://usatodayhss.com.