Another McCaffrey brother is off the board, and the progeny of longtime Denver Broncos wide receiver Ed McCaffrey have remained consistent in one thing: None of them want to follow in a brother’s footsteps.

After much consideration, I am extremely blessed to announce that I am officially committed to The University of Nebraska! #GBR pic.twitter.com/BvYFUVTFDH

After running back Christian (Stanford), wide receiver Max (Duke) and quarterback Dylan (Michigan) all chose different colleges, the youngest McCaffrey sibling Luke has now picked Nebraska, committing to the Cornhuskers on Monday. The top football prospect in the state of Colorado, McCaffrey is a star dual-threat quarterback for Colorado power Valor Christian, but was seen as more of a versatile athlete prospect at the next level, where he could play wide receiver or line up on the defensive side of the ball.

Instead of sticking with that assessment, Nebraska recruited McCaffrey predominantly as a quarterback, which appears to have made a significant impact on his decision.

“I love what is going on there,” McCaffrey told 247Sports. “It was definitely the right system. And the culture that the coaches are trying to create really appeals to me. And overall, it was the best fit all around.

“I feel great (about the coaches). That was a big reason for this decision. I love the way that Coach Verduzco looks at the quarterback position and he will help me grow as a player greatly. … The offense does a great job utilizing the pass and the run with the quarterback specifically. It really gives the quarterback the ability to read the field and make decisions. That’s where I thrive, being able to use my mind, my feet, and arm as a weapon.”

If that description sounds a bit like former Nebraska star-turned-Cornhuskers coach Scott Frost, that’s probably because it is. Unlike some schools which focused on where McCaffrey could fit in their own systems, Frost identified McCaffrey as someone who could compete like he once did in Lincoln.

Now, Frost has a four-star quarterback in his first true class as Huskers head coach, with plenty of pedigree to point to. 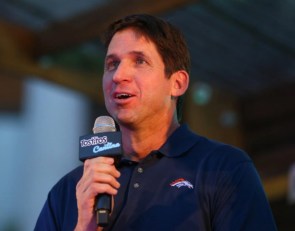 Former Broncos McCaffrey, Logan to oppose each other in Colo. state final 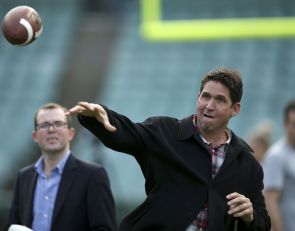 https://usatodayhss.com/2018/luke-mccaffrey-commits-nebraska-football
Luke McCaffrey — brother of Christian, Max and Dylan — commits to Nebraska
I found this story on USA TODAY High School Sports and wanted to share it with you: %link% For more high school stories, stats and videos, visit http://usatodayhss.com.