They came to Endicott from Great Britain, Nigeria, Japan, Australia and other distant locations for the promise of entry into a rarefied world — the elite few who are offered basketball scholarships to NCAA Division I colleges.

But the pledge by a former Susquehanna Valley High School basketball player and his partner to polish the young men’s skills and academic résumés was nothing more than an elaborate scam designed to part ambitious teens and their families from thousands of dollars, the New York attorney general charges in a lawsuit filed in September.

Despite being characterized as “fraudulent and illegal” in those legal papers filed by the state’s top law enforcement official, AAUConnect has continued to bring teens to Endicott for a program with a dubious reputation, a Press & Sun-Bulletin investigation has shown.

The recruiting came despite aggressive efforts by the Attorney General’s Office to require a $250,000 bond before another class was drafted. Yet, basketball players were being swallowed up by what authorities said was a deceitful two-year-old program that preyed on dreams of competing in a big-time college program.

“Although we filed our case, only a court order can stop them from operating,” said Rachel Shippee, a spokeswoman for the state Attorney General’s Office.

A contingent of about 13 young men arrived in Endicott in late September and early October — two weeks after the attorney general requested a court order to halt operations — to begin what was touted as one of the nation’s premiere academies to groom raw talent into prized college recruits.

Promotional material from AAUConnect, also known as the New York International Academy, makes it sound like the perfect place for prospective Division I players to raise both academic ranking and their skill set.

“Playing in this environment gives you the sensory experience to be able to mentally prepare yourself for college life,” reads the narrative on the outfit’s website. “By the end of the six-month program you will be physically ready to take your game to the next level. It doesn’t get much better than this!”

All too soon, parents of those enrolled realized that the New York International Academy was disorganized mess, failing to deliver on the assurances made when the families plunked down anywhere from $13,000 to $22,000 — to be paid in advance without refunds — for the grooming necessary to turn these youngsters into basketball stars.

When they arrived either by car at the organization’s Endicott headquarters or at the Greater Binghamton Regional Airport, new enrollees were often left waiting for an hour and more for a coach to meet them and take them to their new home.

“Students hoping to play college or professional sports shouldn’t have to worry that a business is preying on those dreams in order to make a quick buck,” Attorney General Barbara Underwood said when she unveiled the action against Chris Bevin and Hazel Ward, the organization’s principals.

“AAUConnect, Bevin, and Ward also allegedly charge additional thousands of dollars outside of the price of tuition for the mandatory meal plan, and consumers complained that these meals were often bland, tasteless, and inadequate for practicing athletes; the portrayed ‘upscale’ restaurant was merely a stripped-down room where plates and utensils were not adequately cleaned,” the Attorney General’s Office further charged.

Weight and physical training, as promised by administrators and necessary for their athletic development, was on an erratic schedule. Regularly scheduled SAT and ACT prep courses, designed to allow the recruits, many with a less-than-stellar academic record, to qualify for Division I scholarship consideration were never delivered.

“They shouldn’t do this to people,” said Beverly Haughton, of West Orange, New Jersey, whose son, Aaron Haughton, 18, was enrolled in the program this year. “They are robbing us. There’s not been one class since they’ve been there since September.”

Two weeks ago, Larry Giles made the 10-hour trip from Georgetown, Kentucky, to pull his son from what he described as a filthy Endicott apartment where three boys — all taller than 6 feet — were crammed into one bedroom. As many as six were in an apartment, with too little to eat and living conditions that were far from acceptable.

He and his son, Isaiah, a 19-year-old point guard with hopes of securing a college scholarship playing Division I basketball, had seen enough.

“My son is just wasting his time,” said Daved Akok, who made the 900-mile trip from Nashville, Tennessee, recently to pick up his 6-foot, 7-inch son, Deng, 18, an aspiring forward.

The theme was the same from the four parents and one student interviewed by the Press & Sun-Bulletin over the past week.

AAUConnect, New York International Academy’s website advertised that games would be played at the Broome County Veterans Memorial Arena when, in fact, coaches had to schedule practices at church gymnasiums at odd hours. During pre-entrance tours, players and parents were shown deluxe accommodations and assured catered meals by top local chefs.

Reality was far different. Apartments were in run-down sections of Endicott. Meals, when provided and when edible, were bland and fell short of the healthy diet needed to fuel an athlete.

“The apartment was filthy,” said Melinda Boyers, whose 18 year-old son, Nathaniel, a small forward, was a participant in the program’s third year.

All this came at a hefty price, parents said. Most athletes were charged $13,000 and more for the program, discounted for “scholarships,” while some paid nearly twice that much. That didn’t include previously unmentioned housing and other fees added after the athletes arrived, parents said.  On top of those charges there were accommodation fees and other charges that raised the total cost of the program by thousands, parents and players said.

“We want our kids to succeed,” Beverly Houghton said.  “They are just taking the money and doing nothing at all.”

The current cohort is the third recruited for the program, which began in 2016 with a contingent of approximately a dozen youngsters. The second year brought in two dozen more, and then the complaints came filtering into the New York State Attorney General’s Office.

In September, the  attorney general acted, filing action against the school and asking the courts to shut it down. Bank accounts have been frozen. A court action is asking the owners, Chris Bevin and Hazel Ward, to refund $140,000 to aggrieved parents, and that may be only a fraction of what will be eventually requested as more students and parents come forward to file complaints.

AAUConnect, New York International Academy, ostensibly operates out of the former Henry B. Endicott School on Jackson Avenue in Endicott. But students say they rarely, if ever, are in the classrooms for the promised SAT and ACT prep classes.

“I should have known better when my niece said this is not a place that looks like an academy,” Beverly Haughton said, describing the first reaction when driving up to the school that was once used by the Union-Endicott School District.

I Incorporated BX 15yrs ago in Binghamton as a training organization for athletes.. and I’ve never even heard of this Endicott based business. Super fraudulent. WOW. Website filled from front to back with falsie & fabricated information 👎 https://t.co/eJbqzzEksn

“I incorporated BX 15 years ago in Binghamton as a training organization for athletes.. and I’ve never even heard of this Endicott-based business,” Rob Baxter, of BX Training, wrote on his Twitter account shortly after the attorney general’s suit was filed. “Super fraudulent. WOW. Website filled from front to back with false and fabricated information.”

For more on this story, visit our Gannett partners at the Binghamton Press & Sun-Bulletin right here. 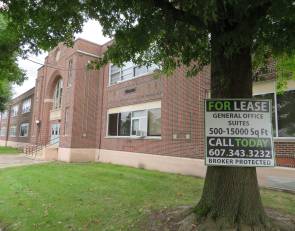 'This program is a scam': What we know about AAUConnect in Endicott (NY) basketball program 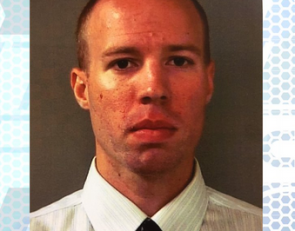 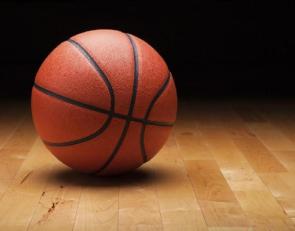 https://usatodayhss.com/2018/n-y-basketball-prep-school-kept-recruiting-internationally-despite-being-fraudulent-and-illegal
N.Y. basketball prep school kept recruiting internationally despite being 'fraudulent and illegal'
I found this story on USA TODAY High School Sports and wanted to share it with you: %link% For more high school stories, stats and videos, visit http://usatodayhss.com.