It was the summer of 2000 and Gaylord Stanton had just landed a job in his home state of Michigan.

His son, Drew, was entering his junior year of high school and as a sophomore quarterback in Oregon had established himself as a Division-I recruit.

On top of that, the youngster was an outstanding baseball prospect.

All the family had to do was find a high school.

Stanton’s father had a friend who was a sports writer for the Oregonian and he called five sports writers in Michigan, asking each for recommendations of five schools they would send their son if he was a good athlete, especially in football.

Four of the five writers listed Harrison High School (Farmington Hills, Mich.), which was coming off its third consecutive state championship, either first or second.

The Stantons eventually chose Harrison, but they may have questioned their choice when father and son drove cross country to attend a 7-on-7 passing league and learned that junior Agim Shabaj had already won the quarterback job.

“I got there and everybody there was telling my dad that Agim was the starting quarterback,” Stanton recalled. “They were coming off winning three state championships and their attitude was: ‘We’re going to win another state championship whether your kid comes here or not.’“

That was not the reception the Stantons expected. Gaylord sat in the stands with the other Harrison parents and wondered what he had gotten his son into.

“My dad was kind of taken back by it,” Stanton said. “He was thinking these people have a lot of bravado to them.”

But before the event finished, the Stantons had learned a few things about head coach John Herrington and defensive coordinator Bob Sutter and began to understand why the other parents were so confident.

“Just seeing the way everything was implemented with Coach Herrington and Coach Sutter,” Stanton said. “We could see how it really was a small college type of operation.”

This is the final year of football at Harrison, which will close at the end of the school year.

The Hawks (5-3) could play the final game in school history Friday when they host Farmington (6-2) at 7. Harrison needs to win to earn an automatic spot in next week’s state playoffs.

Either way, this could be the final time Harrison plays on the field that made Stanton a legendary figure in state history.

Read the rest of the article at the Detroit Free Press. 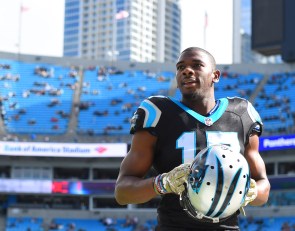 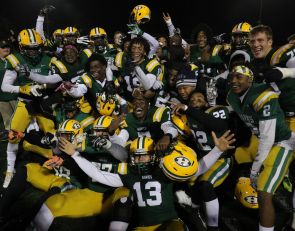 Inside the wild overtime touchdown that saved Harrison football 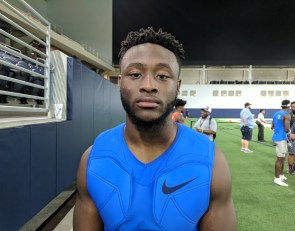 Owen Pappoe is a testing star, but he doesn't put much stock in it

https://usatodayhss.com/2018/nfl-qb-drew-stanton-it-just-doesnt-seem-fair-that-harrison-hs-is-closing
NFL QB Drew Stanton: 'It just doesn't seem fair' that Harrison HS is closing
I found this story on USA TODAY High School Sports and wanted to share it with you: %link% For more high school stories, stats and videos, visit http://usatodayhss.com.