When Norfork’s (Ark.) Whitlee Layne sank the first of two free-throw attempts during the first quarter of her team’s 80-51 victory at Calico Rock, her coach called for a timeout before she could attempt the second.

Layne was puzzled as to why her coach would freeze her off the foul line, but Lady Panther mentor Josh Laymon had a good reason.

“I really had no clue,” Layne said. “I said ‘why is he calling a timeout? I’m on the free-throw line.’ Then I went over there, and they were all cheering.”

Layne became only the fifth girl in state history to surpass 3,000, according to the Arkansas Activities Association record book, as Parkdale’s Pearlean Davidson scored 4,023 and Bradford’s Tammy Whitener scored 3,600 in the 6-on-6 era of girls’ basketball.

“It’s hard for me to fathom what that really means, that amount of points,” Laymon said. “The baseline, growing up, was always 1,000 points and you’re a really good player. Then I had Marleigh (Dodson) scoring 2,000 (last season), and it was unbelievable. I can’t imagine 3,000. That shows that from the ninth grade on, she has sustained the scoring and done it in a winning way.”

“I wanted to be in the top three, and my dad was a 3,000-point scorer, so I thought it would be cool to join him,” she said. “I knew it was possible going into the season.”

Layne also has the distinction of being the only player, male or female, to join the club while playing for three different schools — Bay, Mammoth Spring and Norfork.

“It’s been a great experience,” she said. “I think all three schools have taught me something new. I’m very proud to be a Panther now.”

Read the rest of the article at the Baxter Bulletin. 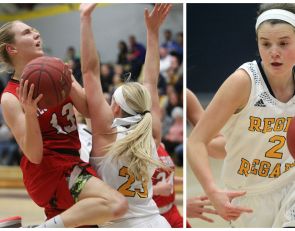 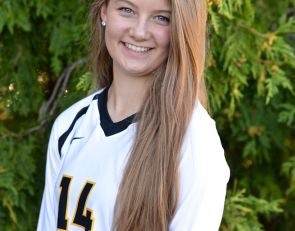 https://usatodayhss.com/2018/norfolk-high-whitlee-layne-joins-father-chip-3000-point-club
Family matters: Whitlee Layne joins her father in 3,000 point club
I found this story on USA TODAY High School Sports and wanted to share it with you: %link% For more high school stories, stats and videos, visit http://usatodayhss.com.