Prediction: @NDmbb fans are going to LOVE this guy!

Given the history of shooters Mike Brey has recruited to South Bend, it’s not all that surprising that Nate Laszewski won the eighth annual U.S. Marine’s Men’s 3-Point Championship from Wagner High in San Antonio.

A 6-10 forward from Mount Herman (Northfield, Mass.), Laszewski is the 66th-ranked player in the country according to 247Sports.

When you nearly clear all 5️⃣ racks in the @USMC High School Men’s 3-Point Championship! 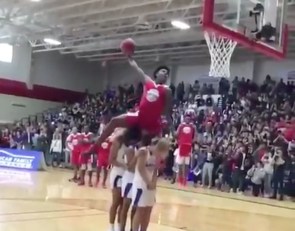