It’s never too early to look at the future stars of college football, right? The best high school talent in the nation was on display Saturday during the annual U.S. Army All-American Bowl at the Alamodome in San Antonio.

The game featured more than 100 of the best recruits from around the country, pitting the East against the West — which had two standout defensive backs on its roster in Oklahoma-bound Brendan Radley-Hiles and Jaiden Woodbey, who’s headed to Florida State.

The pair combined for this spectacular interception, where the ball hit Radley-Hiles’ hands as he tapped it back up in the air for Woodbey to pull it down.

Here’s another angle from NBC for the slowed replay.

Radley-Hiles is listed at 5-foot-10, 183 pounds and went to IMG Academy in Bradenton, Florida, while Woodbey is at 6-foot-2 and 204 pounds from St. John Bosco High School in Bellflower, California.

We bet both college teams can’t wait to get these two players on their defenses. 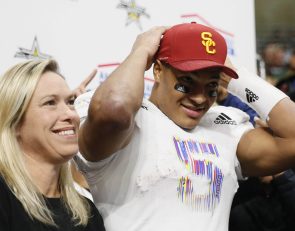 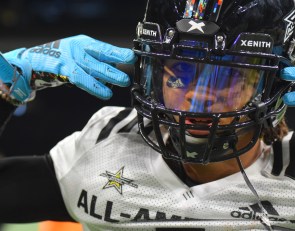 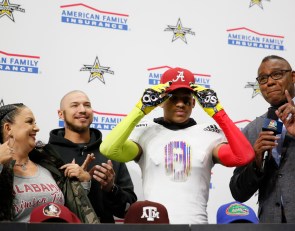 Check out this crazy INT during the Army All-American Bowl!