Everyone else is doing that for him.

All eyes are on the smooth-skating, offensively gifted 17-year-old defenseman at the Olympics with the entire hockey community aware that he’s almost a lock to be the No. 1 pick in the NHL draft this June. Dahlin is not only Sweden’s youngest player but the youngest in the men’s hockey tournament and the focal point given his seemingly limitless potential.

“He’s one of a kind,” said Joel Lundqvist, the team captain and a Swedish Hockey League teammate. “It’s so impressive how from last year with all the pressure around him and he took a big step this year and now he’s here in the Olympics at 17 years old.”

Dahlin is living out a childhood dream playing at the Olympics and insists he has not thought about the draft or playing in the NHL. If — or more likely when — he goes first overall, Dahlin will be just the second Swede to get that honor, but he has not spoken to Mats Sundin about what to expect and prefers to keep his attention on the Olympics and his season with Frolunda.

“I’ve got so many things other to think about: eat, rest, sleep and train,” Dahlin said Wednesday. “I haven’t think so much about that. I’m just living in the here and now. I think that is the best thing you can do.”

Dahlin has six goals and 11 assists in 35 games playing against grown men in the Swedish league and impresses teammates even in practice.

“We just have to enjoy playing with him, seeing all the good things he does and how he develops every day,” said Norway’s Mats Rosseli Olsen, who plays with Dahlin in Sweden. “You can come to practice every day and get surprised just watching him. He’s something else than everyone I have ever seen as long as I played. It’s fun to see how good he is.”

Dahlin is a treat to watch because his game so closely resembles that of countryman Erik Karlsson. His skating and puck-moving looks effortless.

“He’s just got really good poise out there and really good confidence,” Canada defenseman and Frolunda teammate Stefan Elliott said. “He’s good at handling the puck, obviously, but I think it’s his poise and his confidence. He’s not afraid to make plays and things like that.”

All eyes are on 17-year-old Swedish defenseman Rasmus Dahlin at the Winter Olympics, as he is almost a lock to be the No. 1 pick in the NHL draft this June. Photo: Mark Blinch/The Canadian Press via AP, File

Analyst Craig Button, who has been watching Dahlin since he was 15, said the young Swede has never seemed overwhelmed in a game. That counts the world junior championships and an exhibition game this week against Canada, but the Olympics are Dahlin’s biggest test yet.

“You’re just taking it in,” Button said. “You never get to evaluate players against NHL competition, so this is a notch up. You’re projected to the NHL. There’s nobody in my view close to this guy.”

Teams “Fallin’ for Dahlin” at the bottom of the NHL standings know what they would be getting. Naturally, he’s going to get stronger with time but could be an immediate help for the Arizona Coyotes, Buffalo Sabres, Ottawa Senators or whoever wins the draft lottery for the chance to plug Dahlin in on their blue line.

Months before that, Dahlin should be a useful player as Sweden attempts to win its first Olympic gold medal since 2006. Dahlin was 5 then and doesn’t really have the ability yet to grow the beards of some of his teammates.

“He’s a calm guy,” former Colorado Avalanche forward Dennis Everberg said. “I’m impressed how he acts like with the media and everything like that. The media have been all over him lately, obviously, and he handles that very well, too.”

Lundqvist, the twin brother of New York Rangers goaltender Henrik Lundqvist, knows everyone is wowed by Dahlin’s YouTube-friendly moves but he is more impressed by how he always finds a way out of trouble and tight spots.

Dahlin doesn’t think there’s much magic to it.

“I give 110 percent every day and try to be better every day,” Dahlin said. “I just love the game and I can’t think about something else than hockey.” 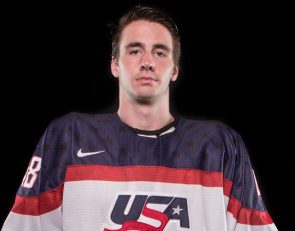 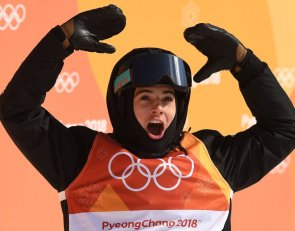 https://usatodayhss.com/2018/olympics-a-showcase-for-17-year-old-projected-top-nhl-pick-rasmus-dahlin
Olympics a showcase for 17-year-old, projected top NHL pick Rasmus Dahlin
I found this story on USA TODAY High School Sports and wanted to share it with you: %link% For more high school stories, stats and videos, visit http://usatodayhss.com.