The significance of 5-star Jordan Brown's commitment to Nevada

The significance of 5-star Jordan Brown's commitment to Nevada

Make that two surprising commitments in as many days.

Just more than a day after Boise State landed one of the most sought after quarterbacks in the Class of 2019, Nevada added one of the top basketball recruits in the Class of 2018. Prolific Prep (Calif.) senior power forward Jordan Brown committed to the Wolf Pack ahead of Arizona, Cal, St. John’s and UCLA, among others. He visited all those schools as well as Louisiana-Lafayette, according to 247 Sports.

Brown’s decision was apparently driven both by the Wolf Pack’s surprise run to the Sweet 16 in the 2018 NCAA Tournament and the bond he built with Nevada head coach Eric Musselman, a former NBA head coach who has transformed the Mountain West program.

“(Musselman) was the first coach to offer me and he’s been there since the beginning of it all,” Brown told 247 Sports. “It’s nice having that good relationship like that from the very beginning. He would always text me every day and every morning, just random stuff, just a picture of the program. He was really consistent with everything he did.”

That Musselman’s consistency would win Brown over perhaps shouldn’t be surprising. Still, it’s hard to put into perspective just how big a recruit Brown is for Nevada. He’s easily the top prospect to pick the Wolf Pack since current Hawks small forward Luke Babbitt, and he’s ranked higher than Babbitt, too; all national services place Brown in the top 20 on the national list and he’s widely considered one of the top five power forwards in the country. While Nevada loses critical pieces from the team that reached the Elite 8 in March, Jordan’s arrival can compensate for a lot of that.

Then there is the cultural shift that Brown’s commitment signifies. It’s still the rarity when a top-20 player like Brown chooses to go somewhere outside a Power 5 program. That Brown picked a Mountain West school over the Pac-12’s two most heralded programs and a pu pu platter of other elite options speaks volumes about what Musselman and the Wolf Pack have accomplished.

Of equal importance is what this move paints for other elite recruits. If Brown goes to Nevada and is successful, will other five-star prospects be more likely to try Nevada … or Davidson … or Charleston rather than tread the path most traveled?

Only time will tell. Still, that Brown may be opening that door with his move is exciting, both for Nevada now and potentially college basketball parity in years ahead. 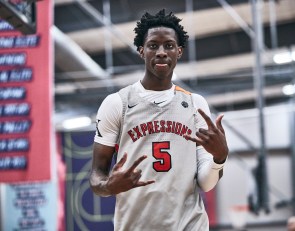 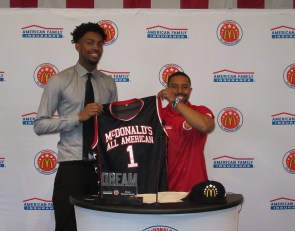 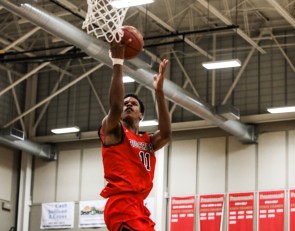 With Shareef O'Neal at UCLA, is the Bruins' class as good as Duke's?

https://usatodayhss.com/2018/significance-5-star-jordan-brown-nevada
The significance of 5-star Jordan Brown's commitment to Nevada
I found this story on USA TODAY High School Sports and wanted to share it with you: %link% For more high school stories, stats and videos, visit http://usatodayhss.com.