Social media: The current generation of student-athletes is savvy and sneaky

Social media: The current generation of student-athletes is savvy and sneaky

There are names and faces to go with each cautionary tale.

Burner Twitter accounts linked to Bryan Colangelo led to his resignation as the 76ers’ general manager.

So many of the social media gaffes that left prominent sports figures permanently exposed have gone viral in recent years. The next generation has been clicking on those awkward moments, leading experts to believe that student-athletes coming of age right now are less likely to repeat sins of the past.

"Win it for 2": Miss. HS football team's state title run comes in the midst of a tragic situation

“Some of the problems are still there,” said Bryce Ford, a three-sport athlete from John Jay-Cross River who’s heading to Fairfield University to play lacrosse. “You don’t see it as much because it’s more private now.”

A survey conducted last spring by Pew Research Center, a non-partisan fact tank, found that 95 percent of teens have access to a smartphone.

Most children born in the last five years have had a social media presence since conception.

“When a mom is posting her sonogram pictures on Instagram, they’re already out there, they’re already online,” said professor Regina Luttrell, the interim director of the Graduate Program in Public Relations at Syracuse University and the author of ‘Social Media: How to Engage, Share and Connect.’

Kids in general have become smarter and sneakier in how they utilize the most popular social media platforms. But student-athletes appear to be considering the consequences.

Read the rest of the story in The Journal News 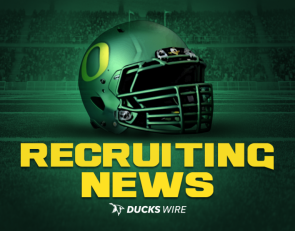 https://usatodayhss.com/2018/social-media-the-current-generation-of-student-athletes-is-savvy-and-sneaky
Social media: The current generation of student-athletes is savvy and sneaky
I found this story on USA TODAY High School Sports and wanted to share it with you: %link% For more high school stories, stats and videos, visit http://usatodayhss.com.