The roster of 67 high school football players who will travel to Mexico City to play in the inaugural Pro Football Hall of Fame World Bowl Presented by Xenith was announced Wednesday.

With stars from the United States including Chosen 25 No. 1 player Kayvon Thibodeaux and Taulia Tagovailoa as well as international athletes from Mexico, Canada, the Netherlands and France, the bowl hopes to create a large-scale, global event.

“The goal of the game is to really build the world’s biggest all-star game ever,” said Rich McGuinness in a teleconference call.

Pro Football Hall of Fame member Rod Woodson, who is one of the coaches for the game, has played in cities including Tokyo, Barcelona and Mexico City.

“If you play a sport your whole life, you’re going to follow that sport,” Woodson said in the teleconference call. “Our main goal is to not just get American kids, because they have the resources here in America, but to get the international kids the same resources and the same hope.”

Mexico City, where a smattering of American football has been played for more than 50 years, seemed like a logical location for the game. Not only will it appeal to fans who may have never attended an elite football game, but it will present a new culture to the athletes.

“A lot of kids maybe have never been on a plane, maybe never been out of the country. But they get to go to another country and see what it’s like before they go to college,” Woodson said.

“I think it’s going to be an awesome opportunity to see another culture, see what it’s like through their eyes, through their culture, not through what the Americans say they are.”

In addition to the game, the players will tour downtown Mexico City and learn about the present-day Aztec and Mayan cultures.

Long-snapper Sean Wracher of St. Ignatius (Cleveland) is excited for the opportunity to play in Mexico.

“I’ll definitely be able to see how an American sport can affect people in other countries,” he said. “It’s not just America that has love for football … the amount of youth players in Mexico City, it’s kind of crazy to see how football has taken off all over the world.”

Jowon Briggs, a four-star DT from Walnut Hills (Cincinnati) added that being part of the inaugural event made it all the more special. He and Wracher, both of whom live in Ohio, were present at the announcement ceremony that took place at the Hall of Fame in Canton.

“Since it was a new (game), I’m not gonna lie, I checked every base, made sure it was actually a thing,” Briggs said. “When I actually found out the importance of the event and the level that it’s on, I was honored, almost, to play.”

In addition to giving the athletes a chance to play outside the U.S., the game will give the international community a closer look at the sport.

“We’ve never taken the best U.S. or American players over the border,” McGuinness said. “As the NFL has done it so well, as Rod and his colleagues back in his playing days started the trend, we believe that’s a great way to promote the game, and you couldn’t pick a better city than Mexico City.”

The bowl will take place at Azul Stadium in Mexico City on Dec. 22 and air on CBS Sports Network on Dec. 27 at 7 p.m. ET.

Here is the full roster: 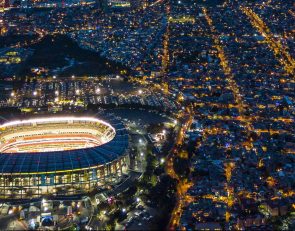 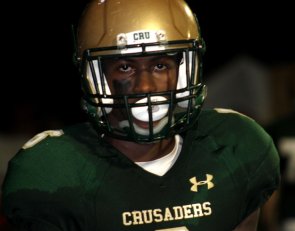 https://usatodayhss.com/2018/taste-of-mexico-hall-of-fame-world-bowl-rod-woodson
Elite HS football players to get taste of Mexico at Hall of Fame World Bowl
I found this story on USA TODAY High School Sports and wanted to share it with you: %link% For more high school stories, stats and videos, visit http://usatodayhss.com.