Odds of sports betting affecting high school sports are slim, but there may be ways to wager

Odds of sports betting affecting high school sports are slim, but there may be ways to wager

The odds are slim that the Supreme Court’s recent decision to allow states to offer legal sports betting will impact high school sports.

Nevada, for now, is the only state that allows single-game sports betting, but the state’s gaming laws specifically prohibit its sportsbooks from permitting bets on high school sports. That’s the model most other states would likely follow.

Still, the issue has raised concerns. According to legalsportsreport.com, 19 states have at least a draft of a bill regarding legalized sports betting.

Yet as currently constituted, the very possibility of in-person wagering on high school sports doesn’t sit well with the most established sportsbook in Las Vegas.

“We don’t take bets on any amateur events outside of college events, and that would include high school sports. I don’t see the need,” said Jay Kornegay, vice president of race and sports operations for the Westgate Las Vegas Sportsbook. “You would have to first change the regulations in the state of Nevada, because they don’t allow those wagers to be placed. I don’t think anyone is going to pursue it. We have plenty of events at the collegiate and pro level.

“We know high school football is really big in the South and other areas of the country, but I don’t see any need to set lines on those games.”

Though the threat of wagering on high school sports isn’t immediate, many officials are taking a wait-and-see approach. There are concerns that gambling could affect the integrity of high school sports events, that the athletes, coaches or officials could be vulnerable to payments to shave points or throw games. Unlike pro or college sports, there are no mechanized controls to prevent tampering with a result.

“I am concerned with this court decision and where it may lead,” Bob Gardner, the executive director of the National Federation of High School Associations (NFHS), said in a statement. “Our past contains instances of wagering on high school games illegally. If that now becomes legal, does the pressure on our coaches and student-athletes grow?

“Maintaining the integrity of all sports is critical to the system at every level. If we think the high schools are immune to this, we are not seeing clearly. We ask that states do not include wagering on high school athletic contests in any sport as part of any legislation going forward.”

A spokesperson for ESPN, which televises national high school events in several sports, said only “it’s a bit early, but we’re actively monitoring it on the sports betting issue.”

“If a sportsbook has something to bet, people will bet on it, whether it’s crocodile racing or something else,” Sanchez said. “If it was up there, people would bet on it. Would there be any interest to get it up there, with all the other sports? I don’t know. I don’t think they would ever allow it.”

That it could be a possibility is concerning to the men who set the official lines on The Strip across town from Bishop Gorman.

When Kornegay speaks of protective measures, he’s referring to oversight that ensures collegiate and professional athletes aren’t actively taking an interest in a contest.

It was the possibility of such a threat that initially bred alarm when the Costa Rican-based betting house 5Dimes began setting betting lines on prominent high school games in 2011.

Tony Williams, founder of 5Dimes, has spoken about why he offers high school football odds. For a gambling entrepreneur, the decision was predicated on simple supply and demand, considered alongside a more global perspective on the state of youth and scholastic sport.

“The customers who bet the games don’t have a problem with morality. If the customers are happy, I am happy,” Williams told the Pittsburgh Tribune-Review in 2011. “Walk to any street corner in the United Kingdom. You can bet on under 16-year-old soccer events, boys or girls. Any match, just about any amount.

“The youth World Cup events are shown globally on television. What is the difference (between) betting on 15- and 16-year-old girls playing soccer or 17- and 18-year-old boys playing American football?”

Still, there are at least enough bettors placing wagers to impact the lines once they’ve been set, sometimes significantly so. One 2016 Texas high school state championship game — the Class 4A Division II faceoff between West Orange-Stark and Sweetwater — had a line move from a 16 to 21.5 to 27.5-point spread in a single day. West Orange Stark emerged with a 24-6 victory.

Yet if those lines are used by local illegal bookies to take wagers on high school games, why shouldn’t states allow official betting houses accept them and thereby implement some measure of discipline and regulation? There might even be a revenue share to be had for the state governing bodies (and potentially schools themselves via the state organizations).

For now, that doesn’t appear to be a serious consideration. The rush to add sports betting is led by Delaware, Mississippi and New Jersey, which expects to have a bill in both state houses by June 7.

“We stand with the NFHS and ask that states not include wagering on high school athletic contests in any sport as part of any legislation going forward,” Larry White, the new executive director of the New Jersey State Interscholastic Activities Association, said in a statement. 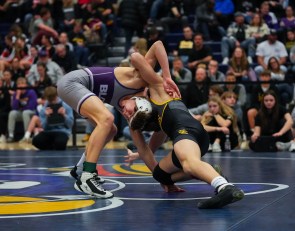 https://usatodayhss.com/2018/the-odds-of-sports-betting-affecting-high-school-sports-are-slim
Odds of sports betting affecting high school sports are slim, but there may be ways to wager
I found this story on USA TODAY High School Sports and wanted to share it with you: %link% For more high school stories, stats and videos, visit http://usatodayhss.com.