An enormous, unseemly brawl erupted at a youth softball game in Tennessee, leading to, “a half-dozen men throwing punches and rolling around on the ground.”

The description above came from the Kingsport Times-News, which reported the brawl at Brickyard Park in Kingsport on Saturday. The skirmish involved only parents and no players or coaches, but still led to the disqualification of both teams from the tournament in which they were competing, with USA Softball saying they would be barred from future events as well.

The two teams eliminated were the East Wilkes Cardinals and the Blue Ridge Explosion, competing in a 12-and-under bracket of a USA Softball tournament. According to Kingsport’s Parks and Recreation Department athletic program director Todd McLemore, a group of Blue Ridge parents initiated a verbal confrontation with some Cardinals parents who they felt were being too vocal in their criticism of the umpire (who they felt was issuing calls that favored Blue Ridge). That led to one parent being pushed down a slope and a Blue Ridge parent striking back, setting off the massive brawl you see above.

Per McLemore, the violence was unprecedented for a USA Softball event.

“Historically, my dealings with USA Softball have been nothing but positive,” McLemore told the Times-News. “If it were my choice, they’re an excellent renter and I’d hate to see them go.”

As for USA Softball itself, the organization was unequivocal about its disappointing in what unfolded, as Tina Gale, USA Softball’s regional director, told the Times-News.

“I’ve done this for 10 years and never once had a physical altercation. This was the first and hopefully the last,” Gale said. “We run a very clean organization, we run good tournaments, but unfortunately it happened on our dime and we don’t take things like this lightly. We would never condone that kind of conduct.” 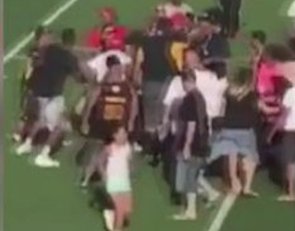 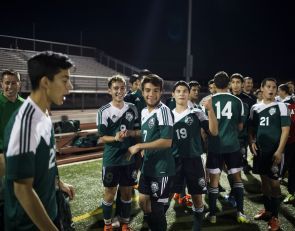 Brawl breaks out at soccer game in Arizona

https://usatodayhss.com/2018/video-massive-brawl-breaks-out-between-parents-at-youth-softball-game
VIDEO: Massive brawl breaks out between parents at youth softball game
I found this story on USA TODAY High School Sports and wanted to share it with you: %link% For more high school stories, stats and videos, visit http://usatodayhss.com.