A standout wrestling recruit had his athletic scholarship rescinded by California Polytechnic State University after a video surfaced of him yelling an anti-gay slur, a spokesperson for the athletic department told USA TODAY Sports.

Bronson Harmon, a recent graduate of Oakdale (Calif.) High in Central California, attended the Families Belong Together rally in Modesto on June 30. He accosted one of the protesters assembled to voice outrage over President Donald Trump’s “zero tolerance” immigration enforcement policy. Holding a Trump sign from the 2016 election, Harmon flipped Abdul Lasaing the middle finger and said “(Expletive) you, (gay slur).”

Cal Poly, located in San Luis Obispo, Calif, did not cite the specific reason for stripping Harmon, 18, of his athletic scholarship. Cal Poly Athletic Director Don Oberhelman told The Modesto Bee  that the school was made aware of the video not long after it began to widely circulate earlier this month.

“Harmon will not be a member of Cal Poly’s wrestling team but we cannot comment on any details regarding his status as a student because of federal and state privacy laws,” Cal Poly said in a statement to USA TODAY Sports.

Harmon, who attended the rally with his father, was cited and released in another incident at the rally on suspicion of assault and battery, a spokesperson of the Modesto police told USA TODAY Sports.

Lasaing told USA TODAY Sports that he’s received death threats from the NSFW video he posted to his Facebook page.

“I never thought my video would get this far for him to lose his scholarship,” Lasaing told USA TODAY Sports in a Facebook message. “I didn’t know about his scholarship or even know who he was until recently when people starting noticing him. I do believe he needs help with his racism and homophobic hate. I am sure he’s a good person just raised with hatred.”

Lasaing said he pulled out his phone to record the small group of people Harmon was with after he heard the N-word and “send them back.”

“I had a world peace sign and I’m not sure if he called me a (anti-gay slur) because of the sign or because of my darker skin color,” Lasaing added. “I could not say anything back since I felt like he would of jumped me.”

Harmon told The Tribune, a newspaper in San Luis Obispo, that what he said to Lasaing was “definitely not the right thing,” but also intimated he was a victim.

“I am supposed to be there to help the community be the best person I can be and represent the college the best way I can,” Bronson said. “But I still feel like my freedom of speech was taken away, and I don’t think my scholarship should have been revoked over something like that.” 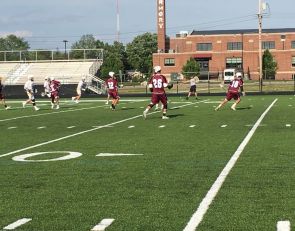 Christopher Columbus High School (Miami) athlete says racial slurs were hurled at him, and now scholarship potential is in jeopardy 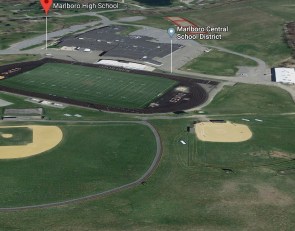 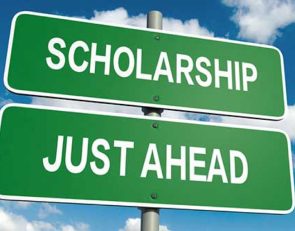 Recruiting Column: The intangibles that will get you a scholarship

https://usatodayhss.com/2018/wrestling-recruit-who-used-anti-gay-slur-stripped-of-scholarship
Wrestling recruit who used anti-gay slur stripped of scholarship
I found this story on USA TODAY High School Sports and wanted to share it with you: %link% For more high school stories, stats and videos, visit http://usatodayhss.com.