Almost disqualified for what she was wearing, girl trap shooter shoots perfect 100 at nationals

Almost disqualified for what she was wearing, girl trap shooter shoots perfect 100 at nationals

Berge was almost disqualified from the event based on what she was wearing. She had on a sleeveless T-shirt and cutoff shorts. Berge had to go out and buy new clothes in order to compete in the competition.

However, that didn’t stop her from shooting a perfect 100 — hitting 100 targets in a row — at nationals. As reported by KOIN6, out of about 1,700 people in the event, Berge was one of only seven competitors to shoot a perfect score on one of the days. She was also the only girl to do it.

“She was focused,” her coach, Chuck McClaugherty, told KOIN6. “It brings back emotions now.”

McClaugherty had to convince Canby High School to even assemble a trap shooting team in the first place about three years ago. The school was worried about injuries, and that it involved shotguns, but when McClaugherty compared the sport to football, a game where the athletes are considerably more likely to get injuries, the school gave in.

“When we’re out trap shooting we don’t have ambulances parked here at our games and we’re not hauling people away with broken legs and concussions,” McClaugherty told KOIN6.

Berge joined the team the first year it came to her high school.

She earned her perfect score this year wearing a t-shirt and scrubs after having to change her clothes. Her father said that boys were wearing clothes like tank tops and many had on worse clothes than his daughter did, but she was the one asked to change. Berge is aware of the obstacles that women and girls face in the sport, but she still hopes more of them go into trapshooting.

“If you’re a girl and you’re even debating on going into it, it’s good. It’s a nice sport and you will eventually not be criticized,” Berge told KOIN6. “Unless it’s for your clothing.”

Minnesota's second most popular HS sport? Trap shooting, believe it or not 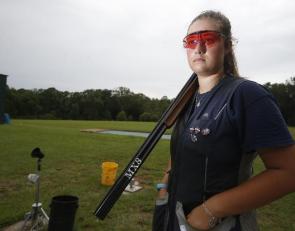 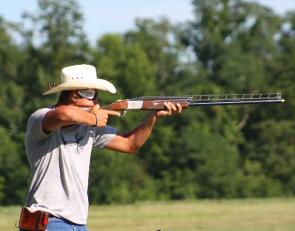 https://usatodayhss.com/2019/almost-disqualified-for-what-she-was-wearing-girl-trap-shooter-shoots-perfect-100-at-nationals
Almost disqualified for what she was wearing, girl trap shooter shoots perfect 100 at nationals
I found this story on USA TODAY High School Sports and wanted to share it with you: %link% For more high school stories, stats and videos, visit http://usatodayhss.com.