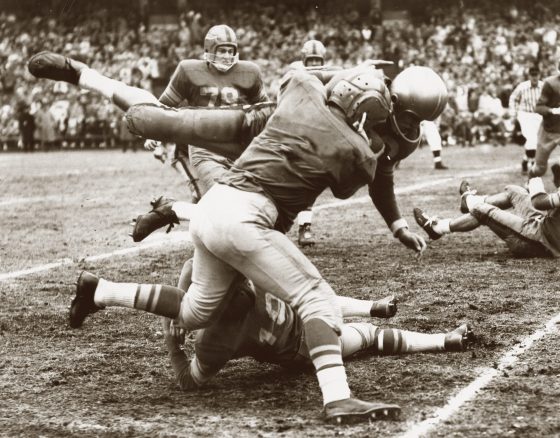 Loyola Blakefield vs. Calvert Hall College — This game between two Catholic prep schools goes back 97 years and is said to be the longest running Catholic prep school rivalry in America. While the teams sometimes feature lopsided talent, there’s no questioning the atmosphere or passion. That will be particularly evident this year as Maryland’s Turkey Bowl turns 100, with the two teams playing for a century of consecutive seasons (Loyola leads the series 49-42-8)

The 2015 contest finished as a 6-0 Calvert Hall win while Calvert scored 40 points to capture the 2016 iteration, 40-21. Loyola Blakefield entered the 2017 game at 2-7 while Calvert Hall was 6-5, and the game played out about as you’d expect, with Calvert cruising to a 27-6 victory. The Dons were more competitive in 2018 with a 6-3 mark while Calvert entered as a near immaculate 11-1. The result that followed was utterly unsurprising: a 40-7 Calvert Hall rout. We’ll see if 2019 follows suit.