The Chinle (Arizona) boys basketball team is the subject of a documentary series scheduled to be released on Netflix on August 2.

It’s a six-episode series titled “Basketball or Nothing,” profiling the 3A team throughout the 2017-18 season.

Matt Howley, the film’s executive producer and co-director, said the each episode will be released simultaneously and its trailer will be launched 10 days prior to the documentary’s release date.

“Each episode ranges from 30 to 37 minutes, as we followed the Wildcats through the 2017-2018 regular season, through the 3A North playoffs and through the state championships,” Howley said. “We returned for a week in May to film some very special scenes around planning for college and graduation for the seniors.”

Chinle advanced to the 3A playoffs semifinals before losing to the eventual champion Winslow.

Howley was inspired to make the Chinle boys basketball team the focal point of the documentary after he saw a film about the popularity of Rezball — the abbreviation for “reservation ball” — in South Dakota on VICE Sports.

The city of Chinle is largely populated on a Navajo tribal reservation.

“Then I read a story in the New York Times about the Chinle Wildcats boys basketball team,” Howley said to AZPreps. “I was so impressed with these kids. Some of whom are dealing with some difficult situations at home. Yet they show up every day and they compete. They play with so much pride for their own. I also liked that they are coached by a legend on the Rez in Raul Mendoza.”

“I went to Chinle and met Shaun (Martin), coach (Raul) Mendoza and Chinle Superintendent of Schools Quincy Natay,” Howley said. “I asked for their permission to tell what I thought could be an inspiring story of some pretty resilient teenagers, who also happen to be very good at basketball and were trying to get the town of Chinle their first-ever state title.”

After he got their blessing, planning began.

“So that’s what the series is about — a group of resilient teenagers who are out to win their first state title and bring pride to a remote community on the Navajo Nation Reservation,” Howley said. 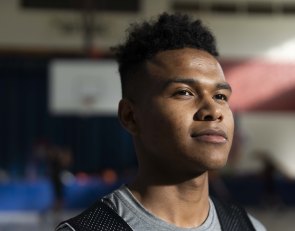 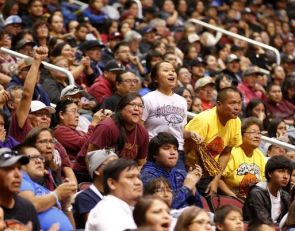 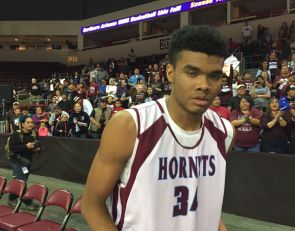 https://usatodayhss.com/2019/arizona-high-school-basketball-team-netflix-documentary-rezball
Netflix doc to focus on Arizona high school with large Navajo population, rezball
I found this story on USA TODAY High School Sports and wanted to share it with you: %link% For more high school stories, stats and videos, visit http://usatodayhss.com.