AZ Compass Prep wasn’t even a blip on the high school basketball local radar a few years ago.

But gradually, the Chandler charter school has something brewing that might be the next big national boys team in Arizona.

And leading this sudden infusion of talent could be 2022 point guard Devontes Cobbs, who blew up late last season at Phoenix Shadow Mountain, helping the Matadors secure a fourth consecutive 4A state championship.

But if Cobbs and Diagne are there next season, that team could rival the Valley’s most established national high school team, Hillcrest Prep, former home of Suns center Deandre Ayton.

Scottsdale Bella Vista Prep won its first national “grind session” last season, showing that Hillcrest isn’t the only national prep team in Arizona. Kyle Weaver, who led Bella’s program, has moved on to start up Dream City Christian’s national team in Glendale with some of his Bella players.

AZ Compass will see if it can get into elite company with former Chandler High School coach Ed Gipson as the head coach. Gipson’s recruiting coordinator is Pete Kaffey, who was formerly at national high school powerhouse Findlay Prep in Henderson, Nev.

Former Clemson star Sharone Wright, the sixth overall pick of the 1994 NBA draft, is an assistant coach on the national team. He also is head of the home where AZ Compass Prep national players are housed, Gipson said.

“We get the bulk of our kids from out of state,” Gipson said. “That’s pretty much how we like to go about it. It’s not like we’re plucking kids from local high schools.”

With Mike Bibby no longer coaching at Shadow Mountain, it will be interesting to see what happens to the Shadow dynasty. The school named Curtis Millage, a former Arizona State player, as the head coach on Monday.

Cobbs, who is expected to play for LeBron James’ AAU team in Los Angeles in July, could still return to Shadow Mountain. He would be the glue that keeps the dynasty together, especially with Shemar Morrow expected back.

Cobbs has great length, bounce, a great feel for the game and is electric on the break with the ability to knock down 3-point shots.

Diagne, who has a skill set not seen by many players his size, wanted to stay at Tri-City Christian. But circumstances at the Canyon Athletic Association school are preventing him from staying, Tri-City Christian co-coach James Brown said.

Diagne is from the Senegal so his visa will have to be transfer to AZ Compass Prep, Brown said. It’s not like Diagne was hidden from college coaches at the CAA school. Diagne’s college basketball offers include ASU, Texas Tech and Mississippi.

Gipson can see his team coming together in the winter and spring and giving Hillcrest a run for best national high school basketball team in Arizona.

“I feel we’re comparable to them in talent,” Gipson said. “They do what they do and we do what we do. We don’t worry about what other people do. If they get 10 five-stars, that’s great. We do what we do.” 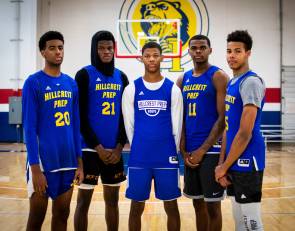 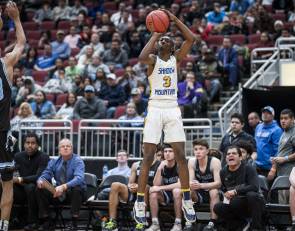 https://usatodayhss.com/2019/az-compass-prep-building-national-basketball-power
AZ Compass Prep building a national basketball power that could rival local Hillcrest
I found this story on USA TODAY High School Sports and wanted to share it with you: %link% For more high school stories, stats and videos, visit http://usatodayhss.com.