For the fourth time in the last five years, Arkansas has secured the commitment of the No. 1 player in the state.

Three-star player Blayne Toll, a 6-foot-5, 244-pound defensive end from Hazen (Arkansas) High School, committed to the Razorbacks on Thursday and then publicly announced Friday, according to 247Sports.

Toll is rated as the top player in Arkansas and the No. 16 SDE in the country, according to the 247Sports Composite.

Arkansas has had major success recruiting in-state over the last several years. 247Sports records show they nabbed the top recruit four times in the last five recruiting cycles (2016-2020), and in 2015, the Razorbacks got commitments from the No. 2, 3, 4 and 5 players in the state.

He had 24 total offers, according to 247Sports.

He has led Hazen to a 23-4 record over the last two years. He played quarterback, defensive tackle and tight end, according to Knox News.

Here’s the moment @theblaynetoll committed to @razorbackFB. Hear from the newest Hog tonight at 6 and 10 on @thv11! #WPS #HammerDown pic.twitter.com/rB9lboQsF7

Arkansas now has 10 players in its 2020 recruiting class, two of whom are two-stars and the remainder three-stars, according to 247Sports recruiting rankings.

The site ranks the Razorbacks’ 2020 class is listed at No. 43 in the country. 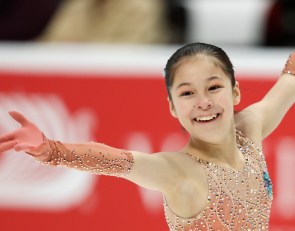 https://usatodayhss.com/2019/blayne-toll-commits-to-arkansas-football
No. 1 Arkansas 2020 player Blayne Toll commits to stay in-state
I found this story on USA TODAY High School Sports and wanted to share it with you: %link% For more high school stories, stats and videos, visit http://usatodayhss.com.