Bryan Antoine gets surgery; may have had shoulder injury during Ranney championship run

Bryan Antoine gets surgery; may have had shoulder injury during Ranney championship run

The former Ranney School star guard arrived at Villanova on Tuesday to squeeze in some work on summer classes — and then took time off for what the school said was successful surgery Friday on his right (shooting) shoulder.

The procedure was performed by Villanova Team Surgeon William Emper. Antoine will begin rehabbing the injury as he returns to the classroom.

Antoine, the leading scorer on Ranney’s 31-win NJSIAA Tournament of Champions winner, may have played with torn shoulder cartilage during an extended period of his senior season, USA TODAY Network New Jersey has learned. Also, the rehab period could run between 4 and 6 months.

A statement from the school did not outline specifics of when Antoine might be available for workouts again.

“This is a tough start for Bryan,” said Villanova head coach Jay Wright. “But he’s a very mature young man and he’ll work very hard to get himself back as soon as possible.”

Antoine experienced some pain in the shoulder during the season, but it was never debilitating and never got to the point where he was going to miss games.

Upon unenrollment at Villianova, he was examined by school doctors who determined surgery was the best course of action.

Now what? Villanova has not released its 2019-20 schedule, but teams can begin the regular season on Nov. 5. The front end of Antoine’s injury timetable could have him ready to go in late September or early October. The back end would bleed into the regular season, potentially into December.

Antoine, the still-too-early projected No. 17 pick in the 2020 NBA Draft by ESPN, averaged nearly 21 points per game as a Ranney senior. He finished his career as the Jersey Shore’s all-time leading scorer with 2,514 points. 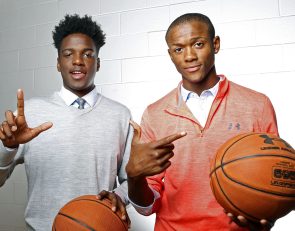 McDonald's All American Game: What if Scottie Lewis, Bryan Antoine could go right to NBA? 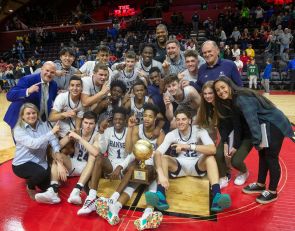 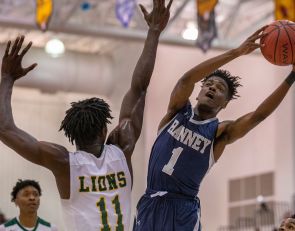 https://usatodayhss.com/2019/bryan-antoine-surgery-possible-shoulder-injury-during-ranney-championship
Bryan Antoine gets surgery; may have had shoulder injury during Ranney championship run
I found this story on USA TODAY High School Sports and wanted to share it with you: %link% For more high school stories, stats and videos, visit http://usatodayhss.com.