D.J. Ralph already had four touchdowns in the game, but he needed a fifth to help Cathedral Catholic (San Diego) pull off the victory over a California power.

He did just that, scoring with 46 seconds to go, to give his team the decisive lead over Centennial (Corona, California) by a score of 44-41.

The quarterback rushed for three touchdowns and passed for two, according to the The San Diego Union-Tribune. Through the air, he had 208 yards.

Cathedral Catholic has notched its record to 3-0 with the win, which brought them from being unranked last week to coming in at No. 21 this time around.

Ralph led the way with 5,568 votes, which accounted for nearly 29 percent of the total.

Muskegon (Michigan) quarterback Cameron Martinez came in second in the voting for his performance against Detroit King.

Martinez, who is committed to Ohio State, had 179 yards on the ground and two rushing touchdowns. He passed for 89 yards and a passing touchdown. Muskegon dispatched King 41-25. He finished with 4,361 votes and nearly 23 percent of the polling.

Gaige Garcia, a running back for Southern Columbia (Catawissa, Pennsylvania), came in third in the voting, tallying 3,394 votes.

He broke the Pennsylvania state touchdown record with his 129th and 130th in a 76-0 rout of Selinsgrove (Pennsylvania) last Friday. 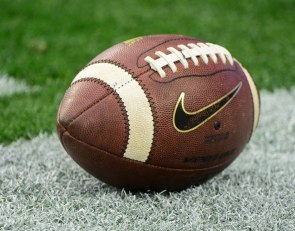 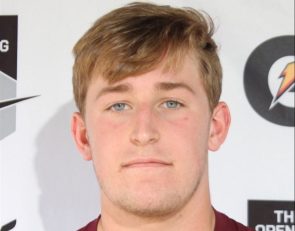