He is the 20th 2020 football prospect to commit to the Cardinals, who are rebuilding after going 2-10. They hired former Appalachian State coach Scott Satterfield to replace fired Bobby Petrino. He was 10-2 last year at Appalachian State.

In short order, Satterfield has turned Louisville’s 2020 recruiting class among the nation’s top 25. It  was ranked 21st in the nation by 247Sports, before Purdy’s commitment.

Purdy’s recruiting took off much faster than Brock, who became a national sensation as  a true freshman last season at Iowa State after given the starting quarterback job.

Brock didn’t pick up a Power 5 football offer until after he finished his high school career at Perry, where he set school and state passing records.

Chubba, 6-foot-3, 210 pounds, more than an inch taller than his brother, began getting Power  5 offers after an electrifying junior season in which he passed for 3,425 yards and 36 TDs and ran for 1,152 yards and 23 TDs, leading the Pumas to the 6A state final.

A 247Sports composite four-star, Purdy didn’t want to extend the recruiting process during his senior season.

He had 19 offers with Illinois the last to offer on June 10.

Two weeks ago, he began a sweep through the Midwest, visiting Purdue, Louisville, Kansas, Kansas State and Michigan State.

“He wants to commit to his (Perry) team and be 100 percent,” said Shawn Purdy, Chubba’s dad. “Brock got to play. He  had nothing to think about (with recruiters during his senior season).”

Purdy, along with Ohio State-commit Jack Miller of Scottsdale Chaparral, is on the National Quarterback Club watch  list for the top high school quarterback in the nation for the 2019 season. 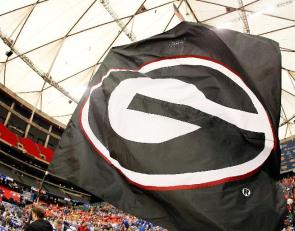