The two led the USA team over the World team in a 94-84 victory.

Wiseman, the 7-foot Memphis signee, shot an efficient 6-for-8 from the field and blocked seven shots.

Nico Mannion, who represented Italy for the World Team, led all scorers with 30 points.

A team-high 25 points from @The_ColeAnthony lifted the U.S. to victory in the 22nd annual @nikehoopsummit.

Highlights from the come-from-behind win in Portland 👇🏼 pic.twitter.com/DC8CKZ0qAM

Next week, several of the stars in the Nike World Summit will head to Las Vegas to play in the Jordan Brand Classic.

This game will take place on Saturday, April 20 at 7 p.m. at T-Mobile Arena. 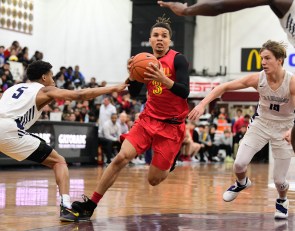 Cole Anthony remains atop the final Chosen 25 for 2019 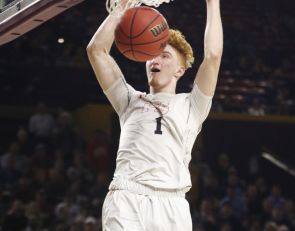 https://usatodayhss.com/2019/cole-anthony-james-wiseman-lead-usa-nike-hoop-summit
Anthony scores 25, Wiseman gets double-double in USA win at Nike Hoop Summit
I found this story on USA TODAY High School Sports and wanted to share it with you: %link% For more high school stories, stats and videos, visit http://usatodayhss.com.