A Georgetown University undergraduate student whose dad has already pleaded guilty to paying $400,000 to the ringleader of a nationwide college admissions bribery scheme is now suing the school to try to stop disciplinary action from the university.

But shortly after the student, Adam Semprevivo, filed suit Wednesday, Georgetown informed him and another student of its intent to dismiss them from the university.

Semprevivo, the son of Los Angeles executive Stephen Semprevivo, sued Georgetown in Washington D.C. federal court, arguing the private Jesuit university deprived him of due process and violated procedures outlined in the university’s honor system during its investigation into his admission into the school.

The younger Semprevivo, who just completed his junior year at Georgetown and claims he had no knowledge of his father’s payment, is seeking an injunction in the civil lawsuit that would stop Georgetown from imposing academic discipline against him – including expulsion – and nullifying his earned credits. The lawsuit also asks for “appropriate compensation” for Adam Semprevivo’s losses.

California businessman Stephen Semprevivo departs federal court Tuesday, May 7, 2019, in Boston, after pleading guilty to charges that he bribed the Georgetown tennis coach to get his son admitted to the school. (Photo: Steven Senne, AP)

His attorneys argue that the school’s honor system, which is written in Georgetown’s student handbook, is a contract between Semprevivo and the school that the latter breached.

“The threatened expulsion and loss of credits, predicated on numerous material violations of the contract between Semprevivo and Defendant, has precluded Semprevivo from receiving a degree from Georgetown, deprived his family of over $200,000 (in tuition already paid), and may forever bar Semprevivo from transferring his earned credits to another university,” the lawsuit reads.

Georgetown spokeswoman Meghan Dubyak said the university cannot comment on pending litigation. But she said Georgetown rescinded the admissions Wednesday of two students for knowingly falsifying credentials in their Georgetown applications. She declined to give the students’ names.

The lawsuit says that Adam Semprevivo had offered to withdraw last month from Georgetown if the school agreed to keep his credits in tact and not expel him. But Georgetown’s legal counsel informed him Tuesday the school would not agree.

“We filed the lawsuit at 2 a.m. Less than 10 hours later, they make a decision,” Kenner said in response to the intended dismissal. “Yesterday, we were saying, please come participate in the process. So is due process to rescind him?”

He said his client plans to move forward with an amended lawsuit after being dismissed from Georgetown.

Stephen Semprevivo pleaded guilty May 7 to conspiracy to commit mail fraud and honest services mail fraud charges in a deal with prosecutors.

He admitted to writing a $400,000 check in April 2016 from his family trust to a sham nonprofit operated by Rick Singer, the scheme’s ringleader, after his son was admitted into Georgetown. A portion of the money was allegedly paid to then-tennis coach Gordon Ernst, who had designated the son as a Georgetown tennis player even though he knew he didn’t play the sport competitively.

Ernst, like the 49 other defendants in the Justice Department’s sweeping admissions case, was charged with crimes in March and has pleaded not guilty.

But the son’s lawsuit says the university as early as 2017 had started investigating Ernst, who is accused of taking bribes from Singer to designate at least 12 applicants as Georgetown tennis recruits.

Ernst was put on leave in December 2017 after his recruiting and admissions irregularities prompted an internal investigation, according to the suit. The school adopted a new admissions policy in 2018 that required audits to determine whether recruited athletes were not on rosters of the sports for which they were recruited. Ernst was terminated in 2018 and later became the head tennis coach at the University of Rhode Island.

Although Georgetown declined to comment specifically on the lawsuit, Dubyak said the university was not aware Ernst had accepted bribes until the Justice Department contacted the university as one of seven institutions that were victims of fraud. She said the irregularities spotted in 2017 involved only two students, neither of whom was admitted into Georgetown.

She said following the indictments in March, the university started a process to thoroughly review the new information related to the bribery scheme, contacting current students who may have been involved and giving each student an opportunity to respond.

“Applicants to Georgetown affirm that the information and statements contained in their applications are true, correct and complete,” she said. “Knowingly misrepresenting or falsifying credentials in an application can be cause for rescinding the admission of the student and dismissal from Georgetown.”

Adam Semrepvivo has maintained a 3.18 grade-point average at Georgetown, the lawsuit says, and his SAT score of a 1980 and his weighted high school GPA of a 4.067 were within Georgetown’s academic standards.

The lawsuit claims that Georgetown has failed to conduct disciplinary proceedings into Adam Semprevivo’s admissions “with any notions of fundamental fairness.” That includes failing to follow procedural steps, according to the lawsuit, and telling him that sanctions would be imposed before the investigation concluded.

The suit alleges Georgetown violated procedures outlined in the school’s honor system for how to handle investigations. Alleged violations include seeking to require Semprevivo to participate in a disciplinary proceeding not authorized in the honor system, failing to provide him written notice of a complaint, not appointing an investigating officer and not informing him of his rights.

“Virtually all aspects of the disciplinary procedures were ignored by Georgetown – despite Semprevivo calling attention to the violations throughout all phases of this process,” the lawsuit reads.

Georgetown’s attorney Adam Adler, in an April letter referenced in the lawsuit, informed Adam Semprevivo’s attorneys that the honor system does not apply in this instance because it relates to activities prior to his enrollment.

The lawsuit claims Adam Semprevivo was told by Singer, who worked as a college admissions consultant, that Ernst would simply be providing a recommendation for his application.

Prosecutors have pointed to emailed instructions they say Singer sent in August 2015 to Stephen Semprevivo, his spouse and his son prior to the application being submitted. The email advised the son to send his transcript, test scores and a note Singer had drafted explaining how he looks forward to playing tennis at Georgetown to Ernst.

Adam Semprevivo was actually a basketball player, a distinction reflected in his transcript, the lawsuit says. The transcript makes no reference to tennis, yet according to the lawsuit, the “application filled out by Singer” emphasizes tennis credentials.

The lawsuit alleges that Georgetown made no inquiry into the “obvious inconsistency.”

“Despite the fact that these misrepresentations could have been easily verified and debunked before Georgetown formally admitted Semprevivo in April 2016, no one at Georgetown did so,” the suit says. 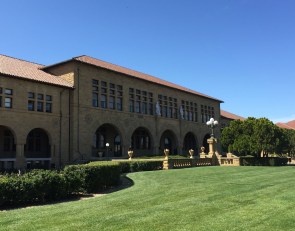 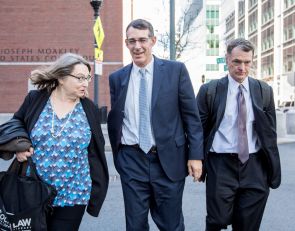 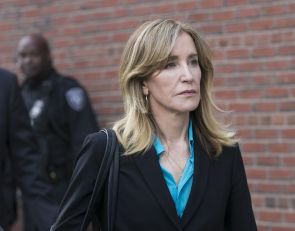 A list of 13 parents pleading guilty in college admissions scam, and their payments

https://usatodayhss.com/2019/college-admissions-scandal-georgetown-expels-student-who-sued-university
Georgetown to expel student after he sues university over its handling of college admissions probe
I found this story on USA TODAY High School Sports and wanted to share it with you: %link% For more high school stories, stats and videos, visit http://usatodayhss.com.