A year after parents of some Connecticut high school athletes petitioned to ban transgender athletes, a group of three athletes themselves have gone a step farther, filing a federal Title IX discrimination complaint that argues they have been cheated out of college scholarships by the state’s willingness to include transgender athletes in female competition.

The athletes’ complaint was reported by the Hartford Courant and other outlets, Glastonbury (Conn.) High sprinter Selina Soule and two unnamed track and field athletes filed the complaint Monday with the U.S. Education Department’s Office for Civil Rights. The law firm Alliance Defending Freedom officially filed the complaint on behalf of the athletes, with counsel Christiana Holcomb later speaking with the media about the decision to move forward.

“Girls deserve to compete on a level playing field,” Christiana Holcomb, legal counsel for Alliance Defending Freedom, told the media. “Women fought long and hard to earn the equal athletic opportunities that Title IX provides. Allowing boys to compete in girls’ sports reverses nearly 50 years of advances for women under this law. We shouldn’t force these young women to be spectators in their own sports.”

The two athletes identified in the complaint — Andraya Yearwood of Cromwell (Conn.) High School and Terry Miller, of Bloomfield (Conn.) High School — are both working with the American Civil Liberties Union in planning a defense. Before they even reach the courtroom, both were outspoken in statements about the lawsuit and the way it attempts to invalidate their accomplishments on the track.

“I have faced discrimination in every aspect of my life and I no longer want to remain silent,” Miller said in a statement. “I am a girl and I am a runner. I participate in athletics just like my peers to excel, find community and meaning in my life. It is both unfair and painful that my victories have to be attacked and my hard work ignored.”

“I have known two things for most of my life: I am a girl and I love to run. There is no shortage of discrimination that I face as a young black woman who is transgender. I have to wake up every day in a world where people who look like me face so many scary and unfair things.

“I am lucky to live in a state that protects my rights and to have a family that supports me. This is what keeps me going. Every day I train hard — I work hard to succeed on the track, to support my teammates, and to make my community proud.”

Just as Miller and Yearwood have given voice to one side of the debate, Soule had previously spoken of her frustration in an interview with the Courant in 2018.

“I think it’s unfair to the girls who work really hard to do well and qualify for Opens and New Englands,” Soule previously told The Courant. “These girls, they’re just coming in and beating everyone. I have no problem with them wanting to be a girl.”

Connecticut Interscholastic Athletic Conference officials were quick to note that they created their gender policy in conjunction with the region’s Office of Civil Rights in Boston to ensure Title IX compliance and also worked with the Connecticut Commission on Human Rights to ensure it protected marginalized classes.

For their part, both Miller and Yearwood expressed deep pride in competing in Connecticut because of the state’s more inclusive athletic policy; unlike USA Track and Field, the CIAC does not force its transgender athletes to undergo hormone therapy. Similar rules are implemented across NCAA competition, while all states in New England, New York, Pennsylvania and some others employ more open regulations that mirror those of the CIAC.

“Living in a state that protects my rights is something that I do not take for granted,” Miller told the Courant. “So many young trans people face exclusion at school and in athletics and it contributes to the horrible pain and discrimination that my community faces. The more we are told that we don’t belong and should be ashamed of who we are, the fewer opportunities we have to participate in sports at all. And being an athlete can help us survive.

“But instead we are being told to be quiet, to go home, to stop being who we are. I will continue to fight for all trans people to compete and participate consistent with who we are. There is a long history of excluding Black girls from sport and policing our bodies. I am a runner and I will keep running and keep fighting for my existence, my community and my rights.” 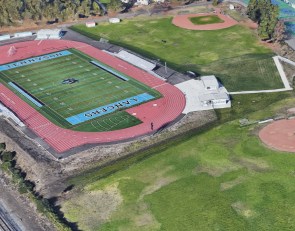 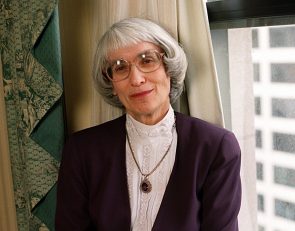 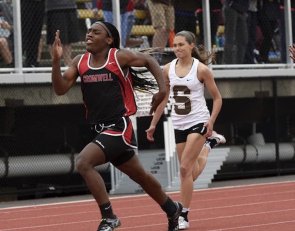