Penn State has historically recruited well from the Washington D.C. metroplex, particularly on the Maryland side of the border. James Franklin proved that’s not changing anytime soon on Saturday.

The latest 4-star commit to Penn State’s Class of 2020 is Coziah Izzard, a 6-foot-2, 271-pound defensive lineman who could fight to break through early in his college career. While he is currently an edge rusher, he projects as a defensive tackle in college, per 247Sports.

Izzard picked Penn State ahead of scholarship offers from in-state Maryland — considered a prime contender for his commitment — and national power programs including Alabama, Georgia and Notre Dame.

The DeMatha star, who transferred in from St. Vincent Pallotti High School (Laurel, Md.) before the 2018 season, Izzard was long considered a prime Penn State target. It’s clear that his relationship with the Nittany Lions’ coaching staff made a difference in his eventual commitment.

“Everything has been good with them. Me, Coach Franklin, Coach (Sean) Spence(r), Coach (Tyler) Bowen, we have a great relationship and they continue to build it,” Izzard told 247Sports. “They’re telling me it’s the place to be. They love me at Penn State and they want me to be a part of something big.”

Well, Izzard is literally big, so he makes for a good start on that front. If he delivers what he’s capable of when he gets to State College, the Lions will be more than happy to have him, too 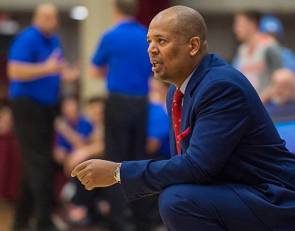 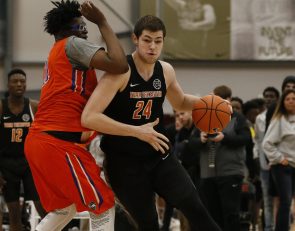