The main game of intrigue for De La Salle (Concord, California) was the first of the season.

The Spartans faced then-No. 1 St. Thomas Aqiunas (Fort Lauderdale, Florida). They put on a respectable performance, albeit in a loss.

Then, it was back to California, where De La Salle did what they have been doing for a decade longer than its players have been alive: beating NorCal teams. The Spartans won the CIF North Coast Section champion on Friday over Pittsburg (California), their 28th sectional title in a row.

The team’s winning streak against NorCal teams has been alive since 1991.

Running back Shamar Garrett got on the board early with two touchdowns to push the Spartans to a 14-0 lead. Quarterback Dorian Hale continued his excellent play and scored a pair of touchdowns of his own. Running back James Coby continued to make big plays in timely moments and the defense once again dominated as a forced fumble led to Garrett’s touchdown and Lu-Magia Hearns had a 63-yard pick-six — which had been immediately preceded by a 61-yard touchdown reception by Hearns.

In fact, the last time the Spartans scored less than 49 points was on Sept. 20 against Buchanan (Clovis, California), in a 35-0 shutout.

These California teams can try, but De La Salle has been and still is much better than any opponent it faces in the area. The Spartans are a top-10 team in the country, entering Week 14 at No. 8 in the Super 25.

Hale has been consistent all season. Garrett and Coby have formed a formidable running back duo capable of explosive plays at any moment and any yardage — one a fourth-and-five Friday, for instance, Coby had an eight-yard gain.

The defense is among the best in the country, allowing more than 20 points only to its best two opponents, St. Thomas Aquinas and Folsom (California).

Bross carries the load for No. 11 Male football in semifinal victory over Tates Creek

Once again, we can expect the true test to come in the CIF State Open Division Championship, which will be in two weeks against the winner of the game Saturday between No. 1 Mater Dei (Santa Ana, California) and No. 4 St. John Bosco (Bellflower, California).

The last time De La Salle won was 2015, which was also the last time neither of those two Los Angeles-area teams were in it.

Now on a three-year losing streak in this upcoming championship game, De La Salle will look to end its only negative streak.

All season, the expectation has been that it will come down to two of these three teams.

The Spartans, outscoring its playoff opponents 167-34, made sure they will be represented in the championship game. After beating up on lesser competition and a lone blemish to a team they weren’t favored to beat in Week 1, they’ll look for one final victory in 2019. 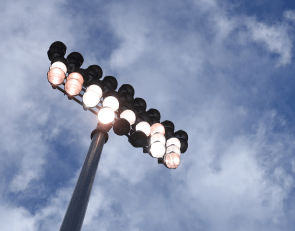 https://usatodayhss.com/2019/de-la-salle-football-wins-28th-consecutive-sectional-title
De La Salle football wins 28th sectional title in a row; to play in state championship game
I found this story on USA TODAY High School Sports and wanted to share it with you: %link% For more high school stories, stats and videos, visit http://usatodayhss.com.