On Tuesday night, as the Easley and Westside baseball teams completed their game, two first-year head coaches met at home plate for a hug. Usually coach exchanges won’t go past a handshake, but this wasn’t a typical game. For the first time, father and son were opponents on the field.

Easley’s Gill Payne and Westside’s Jarrod Payne have always been on the same team, but now they’re opposing coaches within a region. Their first matchup was an event that was in the making for over 20 years.

Shining on the diamond

In the spring of 2005 while Gill Payne served as the athletic director and baseball coach at Brevard College in North Carolina, his son Jarrod was shining on the diamond for his middle school baseball team. Gill recalls one time on his way to a game, he had his team charter bus make a stop at Jarrod’s game so he could watch.

“I just said, ‘Guys, we got to stop. I have to watch a game,” Payne said. “So we watched the game and then left and went down to Florida.”

Jarrod spent as much time around his dad’s team as he could, serving as a ball boy, public address announcer and even trying to help his dad out by forming his own lineups for the team. But of the 16 games he played that year, his dad was there for only two. Later that year as Gill Payne celebrated a big win against Berry (Georgia) College, he called his wife to the sound of Jarrod at the plate with bases loaded in his middle school championship game.

“I was thinking to myself, ‘What am I doing I’m missing everything?’ ” Payne said. “At the end of that year, I went to high school (coaching) so I could see him play.”

He accepted the baseball coaching job at Elizabethon High School in Tennessee, and he and his son were reunited as coach and player.

Finishing up at King University

Jarrod went on to Spartanburg Methodist before finishing at King (Tennessee) University. While still playing he began his coaching career as a head coach for a local travel ball team. Upon graduation, he became an assistant coach at Science Hill High School in Johnson City, Tennessee, for one year and junior college powerhouse Walter State in Morristown, Tennessee, for two years.

But as fate would have it, father and son would be reunited again. In February 2014, as Gill was looking for a job for Jarrod, he came across the athletic director job at Easley.

“I said, ‘I know where that’s at, I used to recruit there,’ so I applied,” Payne said. “A couple weeks later, I interviewed and got a job and I wasn’t even looking for a job.”

Three years later, Gill brought his son to Easley as an assistant coach baseball and teacher.

“Originally, I wanted to coach college baseball, but I had a family and wanted something more secure,” Jarrod Payne said. “My dad said how much he enjoyed it, so I went and for two years we had a lot of success.”

Easley won region championships and made state playoff appearances both seasons. Last May, Westside High School had an opening for head baseball coach, tabbed Jarrod as their man and he had his first full-time head coaching position.

As Jarrod spent the summer preparing for the upcoming season, the coaching position at Easley unexpectedly became available a few days before school started in August. Principal Gary Culler approached Gill about filling the role while continuing as athletic director. He accepted.

It wasn’t until then that Gill and Jarrod looked at the schedule and realized that their first game as coaches of their schools would be against each other. Father and son would be in opposing dugouts for the first time in more than 20 years.

“I feel like I had seen the schedule before he took the job,” Jarrod said. “At Easley, I think it was a situation where the best man for the job was already there, so he took it, but then I realized, ‘Dang, I’m going to have to play him first game.’ “

Excited about the matchup

Gill and Jarrod took over programs that are in different situations. Easley is one of the best teams in Region 1-AAAAA while Westside is in a rebuilding phase. Despite being at different schools, they talk almost every other day; analyzing each other’s games and bouncing ideas off of each other.

“I’ve coached those kids, so I can give him pointers about certain kids,” Jarrod said. “And he’s been where I’ve been, trying to change a program, so we’ve been talking quite often.”

Others around them were excited about the pending matchup. Easley’s entire administration made the drive down to Westside, and Tori Payne, who is Gill’s daughter and Jarrod’s sister and had just moved to Atlanta, took a day off from work so she could come to the game.

As excitement built for others, almost a sense of dread built for the coaches.

After a few scoreless innings, Easley scored in the fourth, fifth and sixth innings, led by Devyn Bond, Brayden Owens and Banks Starbuck. The Green Wave won 6-1. In addition to his two runs batted in, Bond pitched a complete game with 15 strikeouts.

As Gill Payne planned, he and his son met at the plate after the game for a hug. A sense of relief came after what had been a long week.

“Today was a rough day, it really was, I spent a lot of time in my office,” Gill Payne said. “I’m one of those competitive guys where I just want to go out and beat somebody, but today was a range of emotions.”

As for Jarrod, he said he tried to treat it as any other game.

“It felt like a regular game once we got started,” Jarrod said, “I just wanted to win a big game for these guys.”

He’ll have a chance to do that Friday night, when Westside will play Easley again, this time on the road. 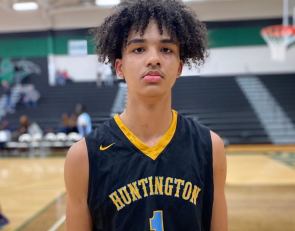