In some ways, the Huard family is like the Mannings of the Pacific Northwest. The Huard brothers — Brock, Damon and Luke — reached peak exposure while leading the Washington Huskies (and North Carolina, for Luke) to prominence, then played out largely inconsequential NFL careers, but still reached some landmark accomplishments. Among others, they were the first brothers to ever start at quarterback on the same weekend.

Now there’s a new Huard generation, and one member in particular may leave his forbears in the dust.

“Slinging Sammy” Huard, son of Damon and the starting quarterback for Kennedy Catholic (Burien, Wash.) passed the 10,000 passing yards threshold during his team’s 69-36 victory against Kentwood (Wash.) High. Those are impressive numbers for a player’s four-year career, but it turns out that the younger Huard has already accomplished them halfway through year two as a starter; the junior is a member of the Class of 2021.

The younger Huard achieved the feat during a monstrous game against Kentwood, during which he finished by passing for seven of his team’s 10 touchdowns. Afterward, Huard was happy to have crossed the 10,000 yards marker, though he wasted little time in pivoting to the next major individual goal:

While 20,000 may seem a bridge too far, it’s early enough to wonder. And if 20,000 is too many yards to reach in a little more than a year, the all-time state receiving yards record isn’t; Brett Rypien holds the current all-time mark with 13,044.

Wow @samhuard11 w/TD pass number 7 tonight In league title game vs the Huard Family Nemesis Kentwood Conquerers. @OurLancerNation up 69-29 in the 4th. Proud of the sacrifice & work Slinging Sammy has put into his craft #Lefty pic.twitter.com/z4Gph7umH8

Huard has already committed to Washington, a pledge that seems pretty solid given his uncles. For their part, the former NFL quarterbacks have already said they’re very impressed with their nephew’s progress.

Something tell us we may see plenty more social media posts like that in the year ahead. 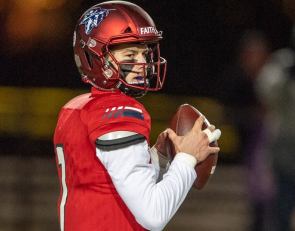 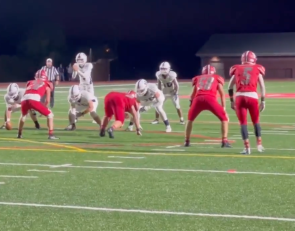