Football officials in Lee County and the schools they cover have come to an agreement to work games this season.

South Gulf Football Officials Association president John Mantica told The News-Press on Tuesday afternoon that his group has come to an agreement in principle with Lee County School District administrator David LaRosa. Mantica did not want to reveal the specifics of the deal until he told all SGFOA officials.

The agreement will end the football officials’ work stoppage over a pay dispute just two days before the first high school game of the fall is scheduled in Lee County. The SGFOA covers all Lee County high schools, LaBelle, Moore Haven and Port Charlotte.

“Both sides are happy and excited to get back on the football field,” Mantica said.

RELATED: FHSAA says it has a contingency plan for strike

LaRosa was not immediately available for comment Tuesday afternoon.

The agreement is not official until the district’s 14 schools sign off on it. Mantica said the contract was being tweaked and hopefully would be signed later Tuesday.

Southwest Florida Christian athletic director Mike Marciano said he signed the SGFOA’s newest proposal on Tuesday afternoon. The deal will pay the refs $10 more per person per game, and the school will pay a $300 administration fee this year that will go toward the officials, Marciano said.

One more hurdle needs to be cleared for the SGFOA, which has been officiating games in Southwest Florida for 50 years, to get back to work. The group must be sanctioned by the Florida High School Athletic Association.

On Monday, the FHSAA revoked the local officials’ sanction for actions it deemed harmful to member schools. The move was based on the SGFOA refusing to honor its contract with a work stoppage after signing in May.

Read the rest of the article at the News-Press. 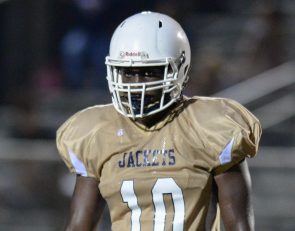 https://usatodayhss.com/2019/florida-football-officials-strike-deal-with-lee-county-schools-to-work-games-this-season
Florida football officials strike deal with Lee County schools to work games this season
I found this story on USA TODAY High School Sports and wanted to share it with you: %link% For more high school stories, stats and videos, visit http://usatodayhss.com.