A recent graduate and football star from Rock Hill (S.C.) South Point High School and a nearby school superintendent both died in a tragic head-on crash in Chester County, S.C.

As reported by Columbia’s The State newspaper and Charlotte NBC affiliate WCNC, recent South Pointe football graduate Savion White’s vehicle veered into a lane of oncoming traffic and collided with the car of Betty Jo Hall, the superintendent of the Abbeville County school district. Both died upon impact while Hall’s husband, who was also in her vehicle, suffered serious injuries.

White was participating in offseason drills with Newbury College in South Carolina, where he was set to be a freshman linebacker. He enrolled in the college over the summer and was taking classes on campus and working his way through the team’s offseason weightlifting program in anticipation of his first collegiate season.

“Savion was an outstanding young man,” Newbury coach Todd Knight said in a statement released to the media. “He had a bright future ahead of him here. It’s a tragedy that it was cut short. In the short amount of time he was here with us it was easy to tell that people thought a lot of him. Everybody loved the kid.”

The Stallions will dedicate this season to Savion and we will honor the number 21! Please pray for the family of Savion White as well as our players, coaches, teachers, and community! 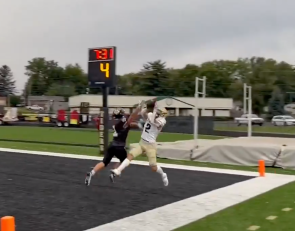