The Stanford Cardinal continue to recruit at an elite level, particularly for a school with such a rigorous set of academic expectations. That continued Monday with the commitment of four-star cornerback Ayden Hector.

An Eastside Catholic (Sammamish, Wash.) star, Hector picked Stanford ahead of  USC — his father’s alma mater — Cal, Washington and the likes of Alabama, Penn State and Wisconsin to boot.

Throughout the recruiting process, Stanford had a steady pull on Hector, and eventually that was enough to earn his pledge.

“For me, Stanford was kind of a no-brainer,” Hector told 247Sports. “I’ve been leaning towards them for a few months. But Stanford just seemed like the perfect place for me. School wise, no one can beat them but then you get the high competition at the same time.

“I love (Stanford defensive backs coach Duane) Akina and my dad and I really talked about just how long he’s been around and how many great players he’s coached every where he has been. I haven’t even been alive that long and my dad even got recruited by him. He doesn’t get the same national love as some coaches do but he’s got a better track record than just about everyone. He gets less guys each year because it’s harder to get into Stanford but I know he’ll develop them and he’ll develop me.”

One more factor that pulled Hector toward Stanford? His elder brother is a student (but not a football player) at the school already.

Ayden Hector will get one year alongside his brother on campus, then at least two more as he evolves into the player and student he hopes to be. 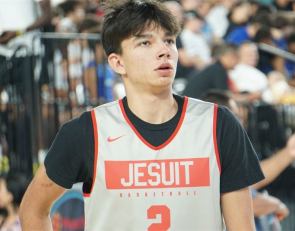 https://usatodayhss.com/2019/four-star-cb-ayden-hector-commits-to-stanford
Four-star CB Ayden Hector commits to Stanford
I found this story on USA TODAY High School Sports and wanted to share it with you: %link% For more high school stories, stats and videos, visit http://usatodayhss.com.