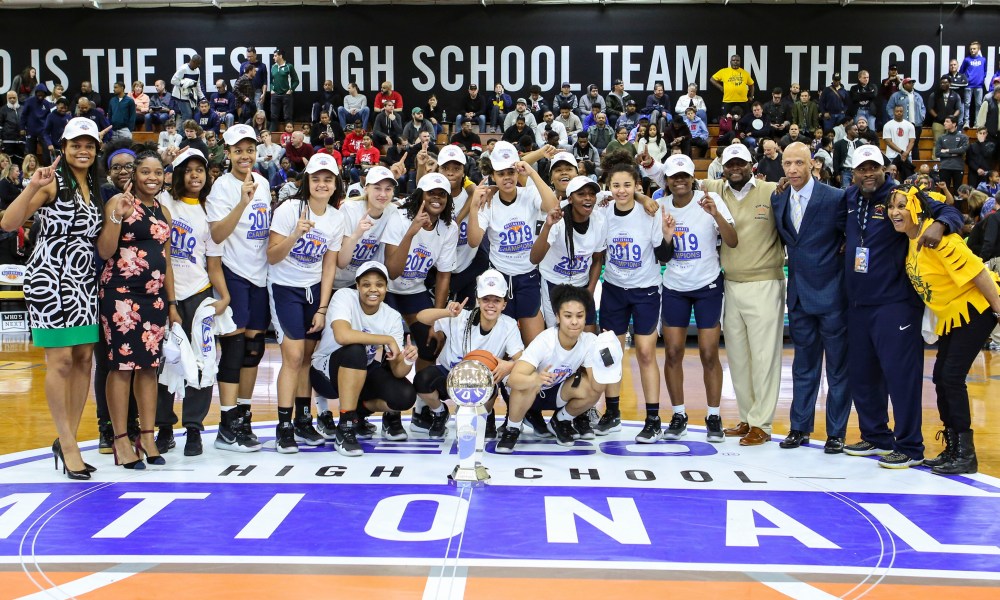 MIDDLE VILLAGE, N.Y. – Just after knocking off top ranked Miami (Fla.) Country Day, New Hope Academy (Landover Hills, Md.) coach Sam Caldwell said he and his No. 8 Tigers were convinced that they were the No. 1 team in the country “we just have to show everybody else.”

On Saturday they took a big step in proving that claim, knocking off No. 2 St. John’s High School (Washington, D.C.) 45-34 to win the GEICO High School Nationals title.

Azzi Fudd led the Cadets with 14 points and 12 rebounds.

“It feels good,” Caldwell said. “If you’re not trying to be No. 1 I don’t know why you go to practice every day. When you have goals and work toward them and are able to accomplish it it feels good.”

Both teams opened the game misfiring badly, but the Tigers managed to string together a short run midway through the second quarter to take a 17-12 lead at the half.

The Tigers held Fudd to just 1-of-11 from the field and two points.

In the second half, Fudd passed up on jump shots and opted to drive into the lane, drawing fouls, drawing the defense and kicking out and finishing with floaters.

By the 2:46 mark of the third quarter the Cadets had regained the lead 26-23 after back-to-back threes from Carly Rivera.

The Tigers regained the 34-32 lead with 4:51 left in regulation on Kornegay-Lucas’ layup then turned three steals into five points to extend the lead.

The Tigers held Fudd, the ALL-USA Player of the Year, without a three-pointer all game.

“I couldn’t make a shot, but the ball really wasn’t falling for any of us,” Fudd said. “You’re always a little tired, but we’ve played a lot all year so I don’t think that played a part today. Shots just weren’t falling.”

Walker said it took “a lot of energy” to stop Fudd.

“She’s a great player so it was tough,” Walker said. “We just kept working. This feels great because we’ve been doubted a lot all season. To e here now just feels great.”

The final Super 25 Girls Basketball Rankings will be released on April 8. 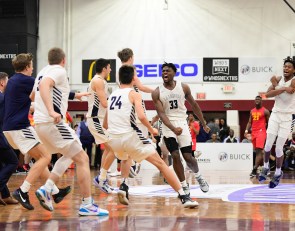 https://usatodayhss.com/2019/geico-nationals-no-8-new-hope-md-knocks-off-no-2-st-johns-washington-d-c-to-claim-title
GEICO Nationals: No. 8 New Hope (Md.) knocks off No. 2 St. John's (Washington, D.C.) to claim title
I found this story on USA TODAY High School Sports and wanted to share it with you: %link% For more high school stories, stats and videos, visit http://usatodayhss.com.