SUSSEX, Wis. – You ask Sussex Hamilton coach Andy Cerroni to describe the excitement surrounding his boys basketball team and the first thing he does is look toward the court.

It was the first Tuesday night of the season. The Chargers didn’t have a game, but the place was filled with kids and parents, some fans, too. This was Hamilton’s version of midnight madness, complete with a three-point shootout, dunk contest and the opportunities for the fans to get a picture with the team.

“We do this five or six years ago, we don’t get this turnout,” Cerroni said. “There is a lot of excitement. These kids have earned it, but they understand and appreciate this is special.”

The show of support was symbolic of what Hamilton has accomplished the past two seasons and its prospects for the future.

With 38 wins, a state tournament appearance and a Greater Metro Conference title, the Chargers have been one of the area’s most successful teams the past two years.

Most of the players key to that success will again take the floor for the team this season. When a team has that level of overall experience and the presence of a national-level recruit like junior Patrick Baldwin Jr. expectations are high. USA TODAY likes the Chargers’ prospects so much it gave the program the No. 21 ranking in its first national ranking of the season.

Hamilton appreciates the compliment but ….

“I don’t think it means too much because you have to step up and play every day,” senior guard Carson Smith said. “You’re not going to be given anything. It’s not that big of a deal to me. I’m not worried about that.”

Turning the page on last season

While appreciative of the recognition, there is no need to warn Hamilton about the folly of these kinds of things. Last March the team lived it. Facing a Brookfield Central squad that it beat twice and had lost one of its best players, Hamilton fell to the Lancers in overtime of the sectional final.

Central went on to win its first state championship in convincing fashion. Hamilton was left to think of what could have been.

“Looking back we think we could have won state, too,” Baldwin said. “On the court we played hard, but at the end they made plays and at some points we didn’t.”

Read the rest of the story at the Journal Sentinel. 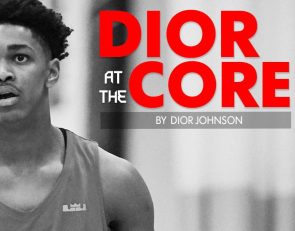 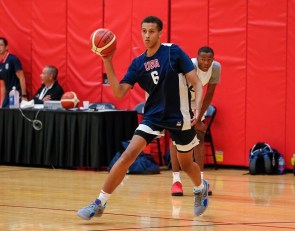 https://usatodayhss.com/2019/hamilton-gears-up-wisconsin-title-run
No. 21 Sussex Hamilton gears up for another run at a Wisconsin title, possibly more
I found this story on USA TODAY High School Sports and wanted to share it with you: %link% For more high school stories, stats and videos, visit http://usatodayhss.com.