Much like his improvement on the basketball court, James Wiseman’s recruiting game is more refined and polished than it was a year ago. The 7-foot Memphis signee has his share of natural ability to connect with people, but he also studies film to get even better at it.

“I think its just natural. I look at a lot of videos with different celebrities and different videos,” Wiseman told The Commercial Appeal recently. “People probably say its weird, but I just try to pick up on stuff, really thats where I get it from.”

Wiseman credits Tigers’ coach Penny Hardway with teaching him how to take a detailed approach on and off the court.

What will R.J. Hampton do now that Boogie Ellis is committed to Memphis?

'From Day 1, James could have left': Why Wiseman stayed at Memphis East

Wiseman’s commitment to staying in touch with top recruits through text messages, social media and in-person has paid major dividends for the Tigers who currently have the No. 1 recruiting class in the nation, according to 247Sports.

“I just did as much as I could to recruit, just texting them every day on social media on Twitter and Instagram and in person,” said Wiseman. “Really I was just telling them that, ‘If you come to Memphis we’ll turn the program around tremendously and it will be a historical moment for us.'”

And it helped the Tigers land five-star forward Precious Achiuwa, the highest rated prospect in Memphis’ incoming class other than himself.

“He (Achiuwa) was the hardest to get out of all of them,” said Wiseman. “It’s a great and pivotal point for us and our organization. I feel that if we put our egos to the side and play hard and play together and play with each other we’ll be a great team.”

But Wiseman stayed persistent with a personalized pitch on how Achiuwa could help the Tigers at the small-forward position.

Overall, the message was for the prospects to to come to Memphis and become a part of one of the most heralded recruiting classes in the nation. And to use Penny Hardaway’s guidance to reach the next level.

“At the end of the day, all of us are trying to get to the NBA and he’s an NBA legend,” said Wiseman. “So just being able to be under his wings and have him teach us the game of basketball and how to be better people off the court and better citizens is a blessing.” 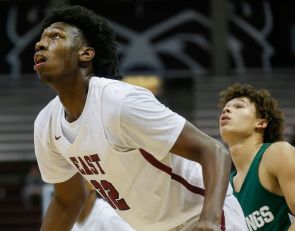 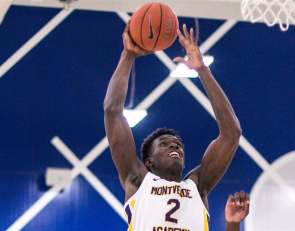 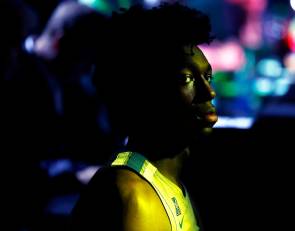 https://usatodayhss.com/2019/james-wiseman-helped-recruit-precious-achiuwa-to-memphis-basketball
How James Wiseman pitched Memphis to Precious Achiuwa
I found this story on USA TODAY High School Sports and wanted to share it with you: %link% For more high school stories, stats and videos, visit http://usatodayhss.com.