2022 star OL Kiyaunta Goodwin transfers to Ballard, may not be eligible this year

2022 star OL Kiyaunta Goodwin transfers to Ballard, may not be eligible this year

Corrections and clarifications: In a previous version, HSS misstated the Kentucky city Holy Cross is located in. It has been corrected.

Highly regarded offensive lineman Kiyaunta Goodwin has enrolled at Ballard High School (Louisville, Kentucky) for his sophomore year with hopes of playing football for the Bruins this season.

Goodwin, at 6-foot-8, 350 pounds, played at Holy Cross (Louisville, Kentucky) as a freshman last season and was named to the MaxPreps Freshman All-American team. He already has received a bevy of scholarship offers, including from Alabama, Florida State, Georgia, Kentucky, Louisville and Louisiana State.

Kentucky High School Athletic Association rules state transfers must sit out one year before becoming eligible to play sports, although there are several exceptions. Goodwin has not yet been cleared by the KHSAA to play this season.

“He said he needed to do what’s best for him and his family,” Bronger said.

Ballard is scheduled to scrimmage at Highlands on Friday before opening its regular season Aug. 23 at Doss.

Get more Louisville news at the Courier-Journal. 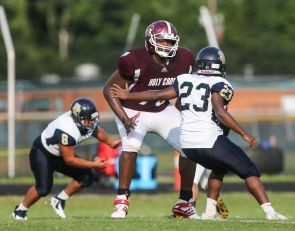 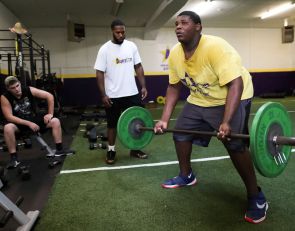 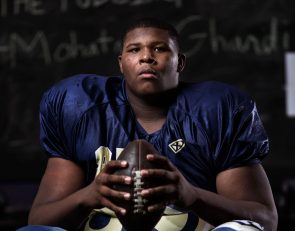 https://usatodayhss.com/2019/kiyaunta-goodwin-transfers-to-ballard
2022 star OL Kiyaunta Goodwin transfers to Ballard, may not be eligible this year
I found this story on USA TODAY High School Sports and wanted to share it with you: %link% For more high school stories, stats and videos, visit http://usatodayhss.com.