Little League World Series Final to feature Louisiana and Curacao. Who will win?

Little League World Series Final to feature Louisiana and Curacao. Who will win?

Those who know Little League baseball might be surprised to find which teams made it the world title game.

Louisiana took down powerhouse Hawaii and Curacao surprised some people as well with a victory over Japan.

All that led to the final game on Sunday, where Louisiana represents the United States and Curacao is representing the international side of the tournament bracket in the final.

As reported by PennLivecom, this is the first time ever Louisiana has made it to the final game, and the first time Curacao has done it since 2004, when the team won the title.

Louisiana’s Reece Roussel hit a double that scored two against Hawaii to help send his team into the final. That hit was Roussel’s 15th of the tournament, breaking a Little League World Series Record, per Sporting News.

Curacao will have to win the final game without one of its best players on the mound. Curley Martha got the final 11 outs as a relief pitcher and hit a two-run homer in the 5-4 victory over Japan, The Times-Picayune reported. However, Martha will not be able to pitch on Sunday in the championship because of a high pitch count.

The game is at 3 p.m. ET, and will be broadcasted on ABC.

“There’s always enough pressure in the game itself, especially with TV,” Louisiana coach Scott Frazier told The Times-Picayune. “Starting in Waco, (Texas, for the Southwest Regional), the ramifications of all those games to get here, and once you get here it’s the crowd and the setting. We just try the best way we can to keep the kids as loose as possible.” 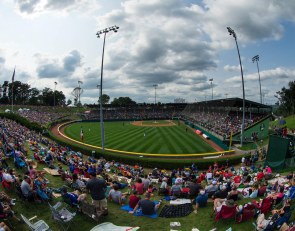 https://usatodayhss.com/2019/little-league-world-series-final-to-feature-louisiana-and-curacao-who-will-win
Little League World Series Final to feature Louisiana and Curacao. Who will win?
I found this story on USA TODAY High School Sports and wanted to share it with you: %link% For more high school stories, stats and videos, visit http://usatodayhss.com.