The LSU Tigers just got their second five-star commit of the 2020 class.

Ranked the No. 2 wide receiver and No. 16 player in the country, the Tigers have a dominant playmaker who is entering his senior season.

As a junior last year, Jarrett had 36 receptions for 782 yards and 11 touchdowns, according to 247Sports. The yardage and touchdown marks were most of his high school career.

Jarrett chose LSU over the other schools in his top six, Alabama, Florida, Ohio State, Tennessee and USC. Those were among 31 schools who offered him, according to 247Sports.

He visited LSU this weekend, 247Sports reported. It didn’t take long for Jarrett to decide that’s his future home.

With his commitment, LSU now has the top recruiting class in the nation. It’s still very early in the process — the 2020 class is still juniors, obviously — but the Tigers have a strong start.

Jarrett is the third receiver in the class to commit to the program.

The Tigers also have a commitment from five-star Elias Ricks, a cornerback who won back-to-back National Championships with Mater Dei (Santa Ana, Calif.). 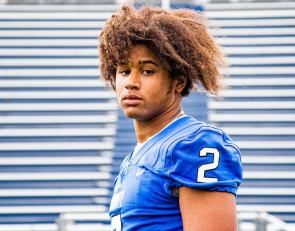 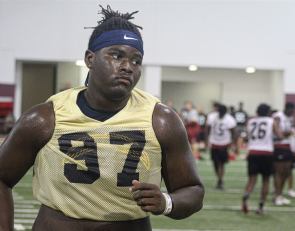