For more than two months, many of baseball’s biggest news-breaking reporters have wasted countless hours trying to determine where former Orioles and Dodgers all-everything infielder Manny Machado will sign a mega deal.

It seems they could have saved themselves a lot of time and anguish if they had just called his high school coach.

As reported by NJ.com, Machado’s baseball coach at Miami Brito Private School, Lazaro Fundora, said that despite Machado’s childhood fandom of the Yankees, Chicago’s American League franchise has a better shot at landing the star.

“He’s been a Yankees fan his whole life. Anybody would like to wear those pinstripes, would love to play with the Yankees. I think that’s definitely up there. But as far as where he could play shortstop, for instance, that’s why I think the White Sox could be it.”

Fundora’s logic makes plenty of sense. After the addition of former Blue Jays shortstop Troy Tulowitzki and Rockies infielder D.J. LaMaheiu, the Yankees have a glut of qualified shortstops (their All-Star shortstop, Didi Gregorious, is expected to miss at least half the season recovering from elbow surgery).

The Phillies, the other known big bidders for Machado, also recently acquired a young shortstop in his prime in Jean Segura. That would again shunt Machado out to third base, unless Segura himself offered to switch positions.

The White Sox have veteran Tim Anderson at short, but his tenure would be over the moment Machado signed on.

So, is Machado heading to the White Sox a done deal? Hardly. The one thing Fundado is certain about is that whichever team adds his former star is getting a top quality player and person.

“He’s what I know as a great, great kid,” Fundora told NJ.com. “I know when you’re in the limelight, little things that happen might get escalated. But he’s always been a respectful kid.” 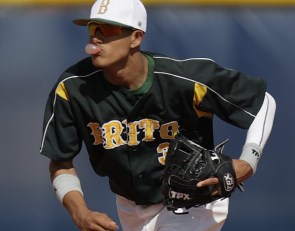 https://usatodayhss.com/2019/manny-machados-hs-coach-thinks-he-will-sign-with-white-sox
Manny Machado's HS coach thinks he will sign with White Sox
I found this story on USA TODAY High School Sports and wanted to share it with you: %link% For more high school stories, stats and videos, visit http://usatodayhss.com.