Miami football did not have a good week. In losing two commits on Nov. 17 and 18 and then three recruits decommitting from the program after the loss to Florida International University, it was relatively disastrous.

There was one bright spot, though: the commitment of four-star wide receiver Dazalin Worsham.

The weekend actually started bright for the Hurricanes. On Friday, Worsham posted a video to Twitter announcing his commitment to Miami.

The Hewitt-Trussvile (Alabama) High School athlete broke out as a sophomore, catching 70 receptions for 856 yards and nine touchdowns. He improved on those numbers as a junior, getting 87 receptions, 1,022 yards and 13 touchdowns. Through 10 games this year, he has 427 yards and six touchdowns, according to Maxpreps.

God is amazing🙏🏽 COMMITTED TO THE UNIVERSITY OF MIAMI🙌🏽 #TheU #swag #Canes 🙌🏽 pic.twitter.com/dtxl2fxbux

But after losing to FIU on Saturday, a defensive lineman and pair of four-star wide receivers decommitted.

Tre’von Riggins, listed on 247Sports as a three-star defensive end and the No. 90 player in Florida, decommitted.

The next day, Jacolby George and Romello Brinson announced they would not be attending Miami either.

No interviews or questions! pic.twitter.com/eTzqnvXPvL

This ended a disappointing eight-day stretch in which three-star defensive back Daran Branch flipped to Ole Miss on Sunday and four-star wide receiver Marcus Fleming decommitted Monday before the FIU game and subsequent decommitments. 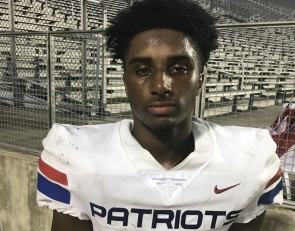 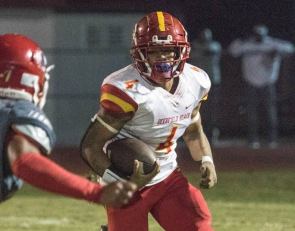 https://usatodayhss.com/2019/miami-3-players-decommit-dazalin-worsham-commits
Over weekend, Miami lost commitments of 3 players but got one from 4-star WR Dazalin Worsham
I found this story on USA TODAY High School Sports and wanted to share it with you: %link% For more high school stories, stats and videos, visit http://usatodayhss.com.