N.C. high school football player charged over death of teammate who fell out of truck

N.C. high school football player charged over death of teammate who fell out of truck

A North Carolina high school football player has been charged with misdemeanor death by vehicle in connection with the death of a teammate who fell when riding in the back of his pickup truck.https://www.instagram.com/p/B1dRx_dpxWl/?utm_source=ig_embed

As reported by the Charlotte Observer, an undisclosed 17-year-old Mooresville (N.C.) High School senior was driving in the school’s parking lot during a football team service day when his 15-year-old teammate Gavin Sharpe fell from his tailgate. Emergency responders were called to the incident on campus and found Sharpe unconscious. He was transported to a local hospital and died of injuries suffered in the fall just two days later.

The Sharpe family has been stunned by the sudden loss of their teenager, a three-spot star — football, wrestling, track and field — and bridge builder of the football program. While a family friend started a GoFundMe account to help the Sharpe family defray the cost of Gavin Sharpe’s funeral, that hardly helps bring him back.

Tomorrow night there will be a table setup near the entrance to the stadium where the #63 stickers are available for purchase. (As shown in photo 2) All proceeds will go to the family of Gavin Sharpe. 5”stickers are $5 2”stickers are $2. #gavinstrong #mooresvillefootball

“He was an encouragement to his teammates and friends both on and off the field,” Sharpe’s obituary reads. “He was loved by so many and he will live on in our hearts forever.” 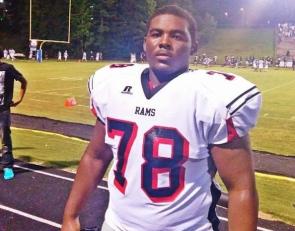 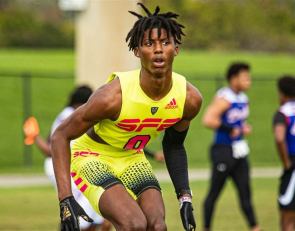 https://usatodayhss.com/2019/n-c-high-school-football-player-charged-over-death-teammate-fell-from-truck
N.C. high school football player charged over death of teammate who fell out of truck
I found this story on USA TODAY High School Sports and wanted to share it with you: %link% For more high school stories, stats and videos, visit http://usatodayhss.com.