Ed Partee had the worst Thanksgiving of his life last year.

Partee, the girls soccer coach at Lowry High School (Winnemucca, Nev.), could not chew solid food for seven weeks after a parent punched him in the face at a game last fall.

In the wake of the incident, the Nevada Interscholastic Activities Association is taking another look at efforts to add consequences for bad parent behavior.

Partee said the father of an Incline player charged onto the field and confronted him after his daughter took a hard hit during the game.

Partee said his players told him the father was being abusive toward the Lowry goalkeeper and other players. Partee told him he could not talk to the players in that manner.

The man then punched Partee in the jaw, breaking it. The Incline police and an ambulance were called to the game.

An investigation showed Partee might have also pushed the man, identified in court records as Paul Heffern.

Partee and Heffern filed charges against each other, both of which were later dropped due to an incomplete investigation. Partee has a civil suit pending against Heffern.

“You can’t have this happening,” Partee said. “This isn’t going away. This is not 30 years ago; people are crazy now. That’s the scary part. They need to come up with something.”

But that could change.

The NIAA board of control will discuss the matter again at its March meeting. Currently, the NIAA does not have any rules or power to penalize schools because of parents’ or fans’ behavior.

Partee spoke in front of the NIAA board of control at its December meeting.

“The board had a very long discussion on this during the last meeting and is looking to enact legislation granting the NIAA authorization to take action accordingly against fans as well, should that be deemed necessary,” Nelson said.

Rollins Stallworth, Washoe County School District’s coordinator of activities and athletics, said it is difficult to prevent incidents like Partee’s because most schools do not have the necessary police force to control upset or disgruntled parents. Stallworth is also on the NIAA board of directors.

Stallworth said it is up to each school to have an administrator at every activity to help prevent such situations.

“We would hope that these types of behaviors would never escalate to the level of physical contact,” Stallworth said. “Being proactive and establishing guidelines for expected coaches and parent behaviors, facility barriers that separate those involved and a consequence that would deter such behavior is the goal of the WCSD.”

He said having more fencing around athletic fields is one possible solution.

Stallworth said there are two sides to the story, but there is no video of the assault. He said Partee admits to touching the parent, but only to separate him from the players.

Stallworth said the school district’s role is to prevent such assaults from happening in the future. One possibility is to have administrators walking around the field or track.

When Incline played at Lowry later in the season, school officials had extra police at that game.

Charges against both parties have been dropped, for now, until the Washoe County Sheriff’s office investigates the case further.

Incline High principal Andrew Yoxsimer said the school plans to have meetings with all parents about sportsmanship.

Yoxsimer said he has spoken with Heffern and he is confident a similar incident will not happen again.

“Our No. 1 concern is for the safety of athletes and parents and everybody involved,” Yoxsimer said. “He is a very reasonable man and I have no concerns about his behavior in future games.”

Yoxsimer said signage will be put up directing spectators to not go on the field.

Stallworth is on the NIAA sportsmanship committee, which is trying to address bad behavior with possible consequences or penalties for bad sportsmanship among players, parents and coaches.

He said having the PA announcer remind fans about proper behavior is one way to reduce incidents. He said having clearly marked and separated seating sections with visible security will help.

At halftime, security will move to concession areas and officials will be escorted on and off the field or court.

These types of incidents occur nationwide, and one official in Oklahoma has created a Facebook page, ‘Offside,’ dedicated to capturing unruly parents at youth games on video.

The page was created by Brian Barlow, who told the New York Times that he offers a $100 bounty for each clip in order to shame the rising tide of unruly parents and spectators at youth sports events.

Read the rest of the story at the Reno Gazette Journal. 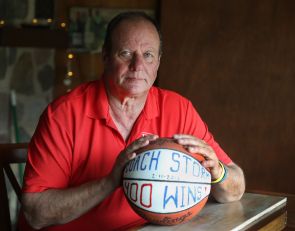 Angry parents cost this coach his job. So he sued and won $50K 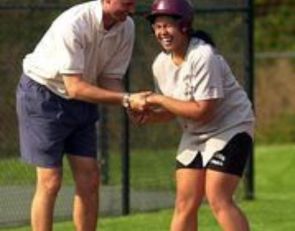 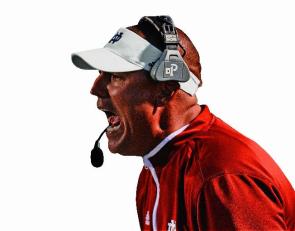 https://usatodayhss.com/2019/nevada-hs-coach-punched-in-face-by-fan-wants-consequences
Nevada HS coach, punched in face by parent, pushes for consequences for bad behavior
I found this story on USA TODAY High School Sports and wanted to share it with you: %link% For more high school stories, stats and videos, visit http://usatodayhss.com.