Joe is a former college athlete and coach at the NAIA level, where he earned an NAIA National Championship. Joe is just one of many former college and professional athletes and coaches who are part of the Next College Student Athlete team. NCSA’s history of digital innovation and long-standing relationship with the college coaching community has made it the largest and most successful collegiate athletic recruiting network in the country.

In 2018, the Collegiate Commissioners Association (CCA) announced that all D1 and D2 sports will feature one combined National Letter of Intent (NLI) signing period from mid-November through August 1. The only exception to this change is that football and basketball will continue to observe a short early signing period, followed by a longer regular signing period.

Since this change to the NLI occurred, there have been no additional updates made by the CCA. This means that, like last year, student-athletes can expect college coaches to quickly sign their recruiting class on or close to the initial signing date.

Whether you’re a senior getting ready to sign an NLI or a freshman who’s starting to explore your college options, here are a few things you need to know about the NLI.

What is an NLI?

Not all institutions require recruits to sign an NLI. Instead, some schools will offer an athletic aid agreement without an NLI to give recruits more flexibility and control over their recruiting decision.

What’s the penalty for not attending the school where you sign your NLI? If you attend another NLI member institution, you are not permitted to compete for one academic year while attending that institution as a full-time student and you lose one season of competition for all sports.

Who signs an NLI?

Before signing the NLI, be sure to sit down with your parent or guardian to read through the document. Remember, this is a binding agreement.

How will you receive your NLI document?

You can receive an NLI via mail, email, fax, mobile app or any other electronic means. College coaches are not permitted to hand deliver an NLI or be present when you sign the document.

Can you be released from an NLI agreement?

The short answer is yes, but it’s not an easy process and student-athletes are not always successful in their efforts.

When does an NLI become null and void?

If you are not admitted to the institution, fail to meet the eligibility requirements to receive athletic aid, or if the institution decides to cut your sport, your NLI will be declared null and void.

If your athletic aid is no longer available, you are called for service in the US Armed Forces or participate in an official church mission for at least 12 months, the institution can provide you a written statement verifying this, and your NLI will be declared null and void.

Remember, you can sign an NLI before you receive your amateur certification from the NCAA Eligibility Center, but you must complete your eligibility process and meet the school’s admission requirements to officially compete for a college program. 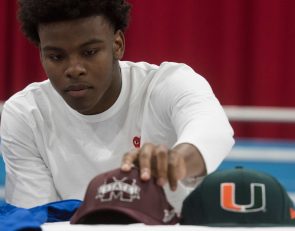 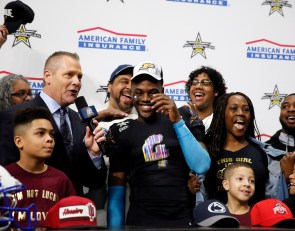 https://usatodayhss.com/2019/nli-signing-dates-2019-20-what-you-need-to-know-about-the-nli
NLI Signing Dates 2019-20: What you need to know about the NLI
I found this story on USA TODAY High School Sports and wanted to share it with you: %link% For more high school stories, stats and videos, visit http://usatodayhss.com.