Wherever Cade Cunningham committed to play basketball, his decision was going to be a big deal. Now, with Cade Cunningham firmly committed to Oklahoma State, the Cowboys are celebrating a player who is considered the second-best recruit in program history, and we haven’t even tipped off the 2019-20 season yet.

Cunningham — who averaged 23.8 points, 7.0 rebounds and 5.3 assists in 18 Nike EYBL games — picked OSU ahead of other alleged finalists Kentucky, North Carolina and Florida. While there could be a number of different factors behind that decision, one clearly stood out in Stillwater: The presence of his brother on the coaching staff.

Yes, Oklahoma State took the trend of hiring a parent to a coaching staff and went one further, hiring Cunningham’s elder brother Cannen to the staff.

It’s been a whirlwind few months for the Cunningham family, with Cade following Cannen’s move some three months after he was first introduced as a member of the staff. The trickle down impacts the rest of the recruiting process, but Oklahoma State now hopes Cunningham will help draw other big-time commits to the Cowboys. As it stands already, he and fellow OSU commit Rondel Walker, a four-star offensive lineman, have pushed the Cowboys’ recruiting haul even further forward. 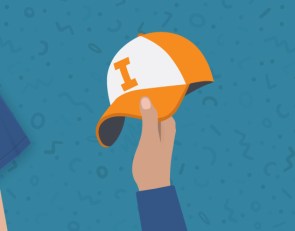 https://usatodayhss.com/2019/oklahoma-state-hired-cade-cunninghams-brother-then-landed-its-second-highest-rated-recruit-ever
Oklahoma State hired Cade Cunningham's brother, then landed its second-highest rated recruit ever
I found this story on USA TODAY High School Sports and wanted to share it with you: %link% For more high school stories, stats and videos, visit http://usatodayhss.com.