Mike Gundy’s son, Gunnar Gundy, is a rising senior quarterback at Stillwater (Okla.) High School. His recruitment finally picked up speed after a solid performance at the St. Louis regional edition of The Opening and Stillwater’s runner-up finish in Oklahoma’s Class 6A-II as a junior.

The younger Gundy currently holds two scholarship offers, but neither are from Oklahoma State (he’s being recruited by Eastern Michigan and Toledo). So what gives? And would father even consider coaching son in Stillwater?

The answer to that came at the Big XII media days, where the elder Gundy provided powerful testimony to his sense of egalitarianism.

“I told him that if you come to Oklahoma State, I’ll coach you like I do everybody else, maybe harder,” Mike Gundy said during Big XII media days. “If you are the best player then you’ll play. If not, then you won’t play even though I am sleeping with your mother.”

Well, that’s one way to put it. Here’s another: Given four-star Oklahoma State quarterback commit Shane Illingworth’s presence as part of the Class of 2020, Gunnar Gundy probably isn’t going to play for the Cowboys. At least not as a quarterback.

Of course, the true question is whether Gunnar Gundy takes his father at his word. There’s never a good time to question the sincerity of a man with a mullet, but having to do so while sitting around a dinner table and talking about your entire future would seem to make for a tense and awkward conversation.

It’s one that’s coming to the Gundy family sooner rather than later. From there, it’ll be up to both men whether they continue on a football journey together. Let’s hope they at least consider it for the quotes. 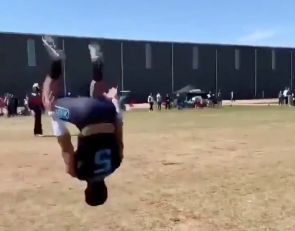 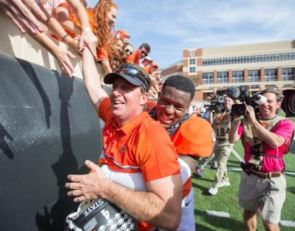 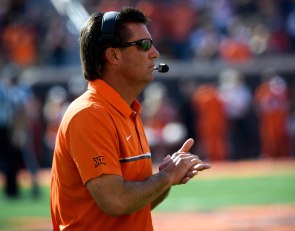 https://usatodayhss.com/2019/oklahoma-state-mike-gundy-gunnar-gundy-sleeping-with-mother
Oklahoma State football coach Mike Gundy has an interesting stance on his son playing for him
I found this story on USA TODAY High School Sports and wanted to share it with you: %link% For more high school stories, stats and videos, visit http://usatodayhss.com.