Photo: Ryan Miller for the Rochester Democrat and Chronicle

When it comes to football recruiting, the state of New York has a perception problem.

Despite being the fourth largest state in the United States, one report suggests New York is in the bottom half of the country when it comes to producing blue chip athletes, prospects rated as four or five stars by recruiting services.

One particular Section V football coach is hoping that Prospect NYS, a new NCAA approved scouting and recruiting service for college coaches, can begin to change the narrative.

“I believe there are a lot of problems with perception. It’s a lot of soft data. I’ve heard everything in the book about why New York can’t win in recruiting. I’ve been gifted enough locker room material for New York State recruiting to last a lifetime,” Fairport coach and Prospect NYS founder Marc Vitticore said.

Vitticore was the Section V Class AA Division I Coach of the Year last season after leading the Red Raiders to a 6-2 record in his first year. He also won a number of Coach of the Year awards while leading small-school power Red Jacket from 2012-14.

Throughout his coaching career, Vitticore has heard all the critiques like “New York isn’t a football state. New York doesn’t have the athletes.” Those critics, plus Vitticore’s desire to see players from all over the Greater Rochester Area receive their due, motivated him to start Prospect NYS.

“In my opinion, every school and every player deserves a fighting chance to be recruited to play at the next level. I’ve seen showcases and recruiting services pop up for years. Every single one of them costs money for student-athletes and their families. A lot of money,” Vitticore said.

That’s why Prospect NYS went the unconventional route and plans on making its events and services free for athletes.

“If we want to help recruiting in New York state, we have to give access to everyone… It’s a huge risk for us and a huge leap of faith. We are on a singular mission to give every player an equal shot at a college football evaluation,” Vitticore said.

Those services include allowing players to submit profiles for Prospect NYS’ extensive database where prospects can include GPA, testing results and contact information. Vitticore has already launched a podcast that has done well on social media, but the biggest event coming up is the Power 50 showcase.

Dozens of the top players from across the state including Aquinas’ Steven Mahar Jr. and Tyler Szalkowski and Bishop Kearney’s Nathan Carter will make the trip over to Utica College on March 16 to put their talents on display. Events like these are not only big for the simple fact they attract plenty of talent, it also keeps the football conversation going in New York well after the season has concluded.

“I spent the better part of last year researching recruiting services across the country. I looked at Scouting Ohio, as a database service and much larger companies like Rivals and 247 Sports. What I found was staggering. New York is barely a blip on the screen, despite the massive participation levels we have,” Vitticore said.

“Part of changing the narrative is by existing. Most, if not all (of), the other sports in our state have travel leagues, clubs, off-seasons full of games, showcases and camps. In December, NYS football practically shuts down. We don’t talk about football enough.”

Szalkowski helped lead the Little Irish to a Class AA state championship last season and has already picked up interest from Buffalo, Villanova and Connecticut as a sophomore.

While Aquinas has had no issues sending players to Division I programs, Szalkowski knows that isn’t a reality for every program. An event like the Power 50 showcase could help that in his mind.

“I think we need more (events), because as a state New York is very underrated. I feel like if we had more of the events we could help get more kids out there,” Szalkowski said.

Getting coached by the Power 50 staff that includes Pittsford coach Keith Molinich and Brighton’s Stephen Lian is another reason the rising quarterback is itching to get to Utica. The other? His desire to see how he stacks up against some of the other top signal-callers in the state.

“I’ve been really excited, it was pretty cool to get invited. I’m just ready to meet some quarterbacks I’ve already played against and see how their feelings are about being there and how their recruiting process is going,” Szalkowski said.

If Vitticore and his staff’s master plan comes to fruition, then the showcase won’t be the only event Prospect NYS attempts to host.

“In five years we’d like to sponsor an extended the season by creating a bowl series for teams eliminated from sectionals. We have schools from Long Island to Buffalo that might want to participate in something like this. We can’t do this alone. We would need some help from school administrators and the NYSPHSAA in order to make this happen,” Vitticore said.

Other notable players scheduled to attend the showcase include Ulysees Russell of Aquinas, Freddie Brock of East, Rushawn Baker of Victor, Alex Rood and Joshua Barber of Batavia and SherRon Davis of Eastridge. 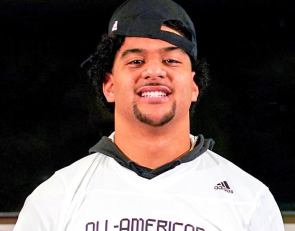 https://usatodayhss.com/2019/prospect-nys-offering-free-football-recruitment-services-ny-high-school
Prospect NYS could change football landscape in NY with free recruiting service, events
I found this story on USA TODAY High School Sports and wanted to share it with you: %link% For more high school stories, stats and videos, visit http://usatodayhss.com.